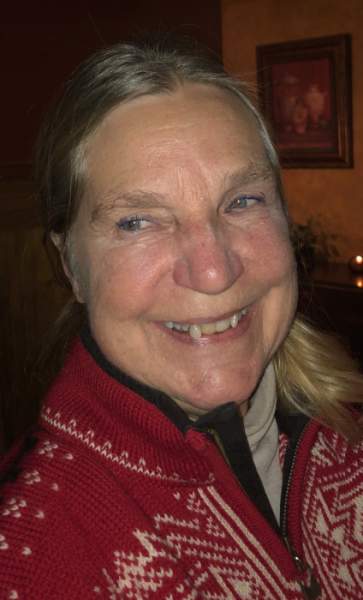 Kristine was born June 14, 1949, to Dr. Lawrence Heise and Frances (Grosskopf) Heise, the oldest of five girls. She was proud of her parents and followed their footsteps into health care, serving most of her career as a social worker.

Kristine attended Valparaiso University, where she met her first husband, William Singleton. They were united in marriage on August 16, 1969, and although they later divorced, they always shared love for their children: Heidi Petersen of Schofield, Gretchen (Eric) Lorge of Kronenwetter; Kirsten (Adrian) Adshead of Madison; and Justin (Jason Erickson) Singleton of Milwaukee.

She graduated with an MSW from Saint Louis University and spent decades counseling people through tough times and mental health challenges. During her final professional years, she focused on helping children recovering from severe trauma.

In the late 1990s, Kristine met Bill Nutter, the man who made her final years so joyous. They married on October 5, 2001, and spent many happy years hunting and fishing, enjoying a good beer, and cheering on the Green Bay Packers.

In addition to her husband, children and their spouses, Kristine is survived by two sisters, Jeanne (Bruce) Foster of Valparaiso, IN, and Claire (Stan) Stanek of La Crescent, MN; 10 grandchildren: Elizabeth (Tom), Sarah, Jacob, Brian, Sophie, William, Oliver, Teddy, Charlie and Susannah; and one great-grandchild, Henry.

She was preceded in death by her parents; sister Gretchen in infancy; sister Carolyn Farrell and brother-in-law Timothy Farrell.

The funeral service for Kristine will be held on Monday, June 27th, 2022, at 11:30am at St. John Lutheran Church in Merrill.  Pastor David Sutton will officiate.  Visitation will be held on Monday, June 27th, 2022, from 9:00am until the time of the service, also at the church.  Burial at the Merrill Memorial Park Cemetery will immediately follow the service. A BBQ luncheon for family and friends will be held at the Eagle's Club in Merrill following the burial.

The family would like to thank Aspirus Hospice Care for their extended care; and for the many friends and family members who gave us love, support and prayers over the past several months. Kristine appreciated you so much, and we do, too.

To order memorial trees or send flowers to the family in memory of Kristine Nutter, please visit our flower store.