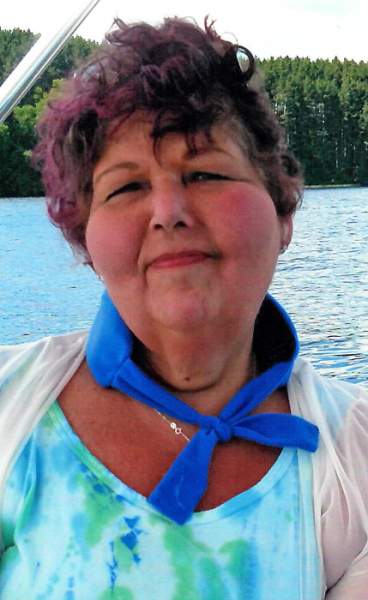 Kim Witz (Metzger), age 57, of Merrill, passed away unexpectedly on Wednesday, April 4, 2018, after a 2- year battle with a neuromuscular disease.  Kim was born on November 3, 1960 to Larry and Beverly (VanWassehnova) Metzger in South Rockwood, MI.  Her father, Larry Metzger, preceded her in death.  Her mother, Beverly, survives.    Kim attended and graduated from Fresno State University in California with a BSN in nursing, as well as a member of MENSA.  She met Sean Witz, and the two exchanged marriage vows on September 16, 1995 in Clovis, CA.  He survives.

Kim was an ICU nurse for the past 33 years, with only the past couple years being unable to work due to her illness.  She began her career at Kaiser and Community Medical Centers in Fresno, CA, before coming to Wausau in 2005 to work at the Aspirus Hospital in the ICU.  Kim loved to travel, and would enjoy visiting Monteray, CA and Yosemite Park.  She was a very avid and talented crafter.  Everything from knitting to stamping to bead work, she could make just about anything!  When the weather permitted, Kim would look forward to pontoon rides on the lake, and just being out in nature.  She was a strong and outgoing woman, with an independent spirit.  Kim also had a fun-loving side to her.  She was a member at Journey Church in Merrill.  Kim will be sadly missed by her family and friends.

Kim is survived by her mother: Beverly Metzger of Merrill, husband: Sean Witz of Merrill, son: Tobias (Levi Stevens) Witz of Wausau, brothers:  Jerry A. (Susan) Metzger and Larry Metzger, both of California and sisters: Kellie (Fred) Gibby and Teri (Ken) Scheidt, both of California, several nieces and nephews, her dogs: Atlas and Tristan and her beloved baby, her dog: Connor McLeod.  She was preceded in death by her father: Larry Metzger.

Per Kim’s wishes, no services will be held.

Family would like to thank everyone that supported Sean and Kim throughout the past few years, as she struggled with her illness.  It is so appreciated and will never be forgotten.

In lieu of flowers, family requests that donations be made in Kim’s name to the Lincoln County Humane Society.

To order memorial trees or send flowers to the family in memory of Kim Witz (Metzger), please visit our flower store.