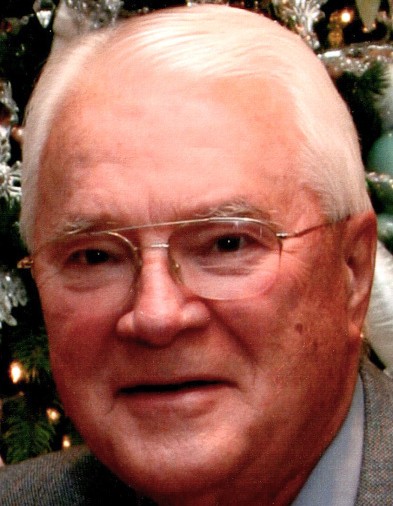 Kenneth ‘Ken’ Louis Oelkers, age 87, went to be with his Lord on Wednesday, July 17, 2019 at Bell Tower Residence in Merrill, with his loving family by his side and while under the care of Aspirus Comfort Care & Hospice Services.  He was born on March 9, 1932 to the late Nelles and Ethel (Johnson) Oelkers in Racine, WI.  Ken attended and graduated from high school in Des Moines, Iowa.  Ken bravely served his country in the United States Air Force, while living in Japan and serving in the Korean War.  Ken was a patriotic man, who was proud to be a veteran.  He enjoyed his time in Japan and even learned to speak the language there.  After his time with the military, Ken came home to Racine and worked as a carpenter with his uncle Jack Johnson.  Ken then went on to work at Modine Manufacturing for nearly 40 years in the HVAC Engineering Department, designing heating and cooling units.  While employed at Modine, he met and married his soul mate and best friend, Mary Fergen, on August 12, 1989 in Racine, WI.  Sadly, she preceded him in death on May 9, 2011.

Ken was a member at the Lutheran Church of Resurrection in Racine.  He served as an usher and as leader of a Bible Study group called, “Faith at Work”.  Ken enjoyed spending time with his beloved wife, children and grandchildren.  He also enjoyed spending time visiting and playing cards with close friends.  Golfing was a favorite hobby and he even achieved 2 hole in ones in his lifetime.  He spent as much time as possible out on the greens.  He was an avid reader, and also enjoyed gardening and nature.  Ken enjoyed life, especially the simple things in life, such as delicious foods.  He was a good cook and famous for his home-made spaghetti sauce.  After retirement, Ken and Mary relocated to a retirement community called the Villages, in Lady Lake, Florida.  Together, they enjoyed 16 years there playing golf, ballroom dancing, shuffleboard, bowling, volunteering, playing card games and more.  After Mary’s passing, Ken moved back to Wisconsin to be close to family.  He will be sadly missed but left so many memories to cherish!

A Memorial Service for Ken will be held on Friday, July 26, 2019 at 11am in the Holy Cross Chapel at Bell Tower Residence in Merrill.  Chaplain John Bourke will officiate.  Visitation will be held on Friday, July 26, 2019 from 10am until the time of the service, also in the Holy Cross Chapel.  Military honors will be performed by the Merrill VFW Post 1638, immediately following the service.  Inurnment will take place at a later date in Racine.

In lieu of flowers, donations in Ken’s name can be directed to the America Cancer Society or the Alzheimer’s Association.

To order memorial trees or send flowers to the family in memory of Kenneth 'Ken' Oelkers, please visit our flower store.