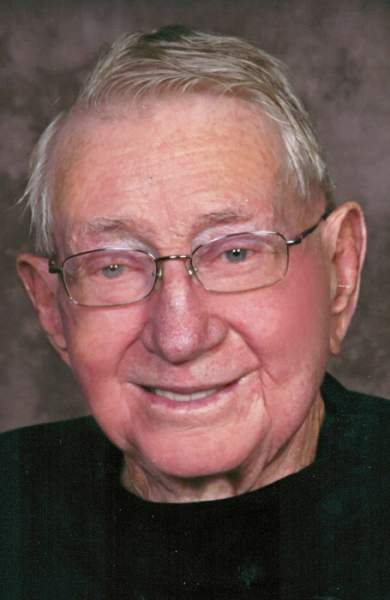 Junior “Ric” Angelo Ricci, age 87, of Wausau, took his eternal flight on Wednesday, November 22, 2017, at Ascension St. Clare’s Hospital in Weston, while surrounded by his loving family.  Ric was born to the late Angelo and Clara (Euler) Ricci on October 2, 1930 in Merrill.  He attended and graduated from Merrill High School with the class of 1948.  On March 19, 1960, he married Dorothy Nickel and together they had two sons, Dwayne and Randy.  Sadly, shortly after celebrating 50 years of marriage, Dorothy passed away.  Ric was lucky enough to find love again when he met and “romanced” Karen Winters, and the two exchanged their vows of love on November 9, 2013 in Wausau.  She survives.

Ric excelled as a painting contractor for most of his adult life.  He owned Industrial Painting Service from 1962-1983, which was family owned.  Ric did spend some time in Texas running painting jobs and doing estimations for Don L. Owen Painting.  He also worked as a painter for UW-Madison and later, UW-Stevens Point, until his retirement.  In his younger years, Ric owned several airplanes and took pilot lessons in Merrill.  He loved flying and would head to the skies every chance he had!  Ric was a member of the EAA (Experimental Aircraft Association).  Ric was an avid fisherman and would look forward to his annual fishing trip to Canada with his friend, John.  He was also a very talented square dancer.  He was a member of the Merry Eights and the Lincoln Squares.  Ric would enjoy spending time with his family and friends, whether it was playing cards or rolling the dice.  He is remembered as being a kind-hearted, loving man that would help anyone in need.  Ric was a hard-worker and he never stopped working on his projects, which is what kept him young.  He was a proud member of the Schulz Spur Nove group, as his Italian heritage was very important to him.  Ric was also a member at the Zion Lutheran Church in Wausau.  In recent years, Ric and Karen spent their winters in Florida.

Funeral Services for Ric will be held on Thursday, November 30, 2017 at 11am at Zion Lutheran Church in Wausau.  Pastor Steven Gjerde will officiate.  Visitation will be held on Wednesday, November 29, 2017 from 5pm-8pm at Waid Funeral Home in Merrill and again on Thursday, November 30, 2017 from 10am until the time of the service, at the church.  Burial will take place at Merrill Memorial Park Cemetery.  Waid Funeral Home & Cremation Service of Merrill is assisting the family with the arrangements.  Online condolences may be made at www.waidfuneral.com.

In lieu of flowers, family requests that memorials be directed to the Zion Lutheran Church, 709 N. 6th St., Wausau, WI 54403, in memory of Ric.

To order memorial trees or send flowers to the family in memory of Junior "Ric" Ricci, please visit our flower store.