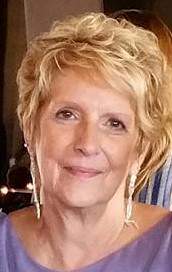 Judy was born and raised in the West Allis, Milwaukee area.  Several years later, she moved to Merrill, WI, where she raised her family of four children.  Judy waitressed at the Merrill Golf Course and eventually owned a nursery and landscaping company, which is where her green thumb and passion for flowers, shrubs and trees became a reality.  Judy had so many house plants that the Merrill Foto News interviewed her for an article showcasing her having over 200 house plants.  Later in life, Judy moved to Crandon, WI, to manage a bar/restaurant on Lake Metonga.  Food was another one of Judy’s specialties, whether it was cooking the holiday meals or making each one of her children’s favorite dishes, cakes or pies, which were made with love and flavor!  Eventually, Judy retired in Merrill where she continued her love for house plants, flower beds and cooking, and when that wasn’t keeping her busy enough, she became part of the Waves Salon family as the receptionist for Aimee, Heather and Mary – her “girls” as she referred to them.  She also donated her time to the gift shop and blood bank at the hospital in Merrill.  Judy will be remembered by her family and friends as quick witted, loving, caring and a strong independent woman, but most of all, our mom.

In lieu of flowers and plants, Judy’s family requests that donations be made to your local garden club in her name.  Thank you.

To order memorial trees or send flowers to the family in memory of Judith Erno, please visit our flower store.