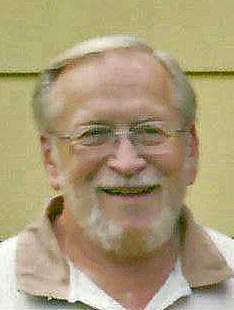 Joseph “Joe” N. Lohff, age 69, of Merrill, passed away on Sunday, July 30, 2017 at the Marshfield Medical Center in Marshfield.  Joe was born on January 29, 1948 to the late LuEllen Lohff,  in Merrill.  Joe was confirmed at Trinity Lutheran Church in Merrill on May 20, 1962.  He attended and graduated from Merrill High School.

Joe had worked at the Murray Foundary in Wausau, as well as working part-time at Weinbrenner Shoe Company in Merrill in the accounting department.  He served in the National Guard Civil Service until his retirement.  Joe proudly served his country in the U.S. Army – including 2 tours to Vietnam, earning him the Bronze Star.  His passion was bowling; he bowled on many leagues, as well as being the Men’s Bowling Association Secretary for 20 years.  Joe was inducted into the bowling Hall of Fame in November of 2000.  He looked forward to his summer fishing trips to all of the area lakes – he knew them all, as well as camping.  Joe was an avid outdoorsman that enjoyed hunting, whether it was for deer or rabbits and squirrels, he just enjoyed being outside.  He took up trap shooting, and other various shooting sports.  Joe liked his birds, he would always make sure that his bird feeders were full and that the birds were taken care of.  He enjoyed getting out on the golf course, playing some rounds of golf when he was able.  Many mornings, you could find Joe at the Friendship House restaurant in Merrill, enjoying a good meal and companionship.  Joe was a member of the NRA, Merrill VFW Post #1638, Lincoln Gun Club and the Trinity Lutheran Church.

Funeral Services for Joe will be held on Monday, August 7, 2017 at 11am at Trinity Lutheran Church in Merrill.  Pastor Scott Gustafson will officiate.  Visitation will be held on Sunday, August 6, 2017 from 4pm-7pm at Waid Funeral Home and again on Monday, August 7, 2017 from 10am until the time of the service, at the church.  Burial at the St. Francis Veteran’s Cemetery will immediately follow the service.  Military honors will be performed by the Merrill VFW Post #1638 at the cemetery.  In lieu of flowers, family requests that donations be directed towards the Merrill VFW Post #1638 to help with the costs of the new building. Waid Funeral Home will be collecting these donations.  Waid Funeral Home & Cremation Service of Merrill is assisting the family with arrangements.  Online condolences may be made at www.waidfuneral.com.

To order memorial trees or send flowers to the family in memory of Joseph "Joe" Lohff, please visit our flower store.