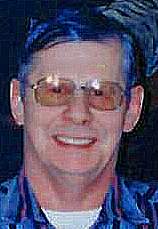 John J. Krznarich, age 75, of Ironwood, MI, passed away on Wednesday, December 6, 2017, at Aspirus Wausau Hospital.  He was born on November 24, 1942 to the late Joseph J. and Evelyn (Johnson) Krznarich / Finco in Ironwood, MI.  John attended and graduated from the St. Ambrose Catholic School in Ironwood, MI and joined the United States Air Force after graduation.  During his time in the service, he met Beverly Dahly, and the two exchanged marriage vows on March 25, 1968 in Minot, ND.

John was an Air Force Tech Sergeant when he retired after 20 years of service. He proudly served his country during the Vietnam War.  After his retirement he continued his education by earning his accounting degree and worked various accounting jobs throughout the remainder of his adult life.  When he was younger, John enjoyed hunting, fishing and camping.  He was also an avid knife and gun collector and enjoyed target shooting.  He is remembered as a witty man with a dry sense of humor.  John was a devoted husband and also enjoyed hearing about what his grandchildren were up to and was very proud of them.

John was a member of Our Lady of Peace Catholic Church in Ironwood, MI.  He will be sadly missed.

John is survived by his loving wife: Beverly Krznarich, son:  Joseph (Jackie) Krznarich, granddaughter: Emily (Will) Gibson, all of Merrill, grandson: Cody Krznarich (Milwaukee)and great grandchildren: Grace and Liam Gibson.  He is preceded in death by his parents: Joseph and Evelyn Krznarich / Finco.

A Time of Remembrance for John will be held on Thursday, December 14, 2017 from 5pm-7pm at Waid Funeral Home in Merrill, WI.  Military Honors will be performed by the Merrill VFW Post #1638 at 7pm, also at the funeral home.

The family would like to extend their thanks to Dr Rezazadeh and Dr Clements and all the nursing staff who cared for John at Aspirus Wausau Hospital over the last three weeks.

To order memorial trees or send flowers to the family in memory of John Krznarich, please visit our flower store.