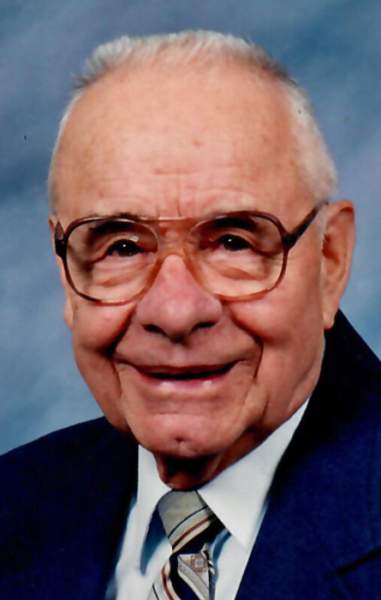 John James Case, age 98 of Merrill, passed away on January 9th, 2021 from complications of COVID-19. John was born on June 22, 1922 in Brokaw, Wisconsin to the late Fayette B. and Emma (Herman) Case. He graduated from Wausau High School in 1940. He was a Scout leader for several years in the Brokaw area being Brokaw’s first Eagle Scout. John was in the US Army for 3.5 years serving in the 78th Lightning Division in Europe in WWII. He was awarded the Bronze Star Medal, Combat Infantry Badge and 3 battle stars from his actions during the Bulge to Berlin. After leaving the Army, John married Gladys Ross October 23, 1943 in Merrill. They had 3 children, Shirley, Betsy, and Raymond. He retired July 1983 as a supervisor of the instrument department at Wausau Paper Mills. He enjoyed fishing, hunting, traveling, and spending time with his family. On one trip he climbed to the top of Ayers Rock in Australia. He was a member of the I.S.A. of America, 78th “Flash” Division Association, AARP, and a member of St. Francis Church.

Funeral Services will be at St. Francis Catholic Church in Merrill Wisconsin on Wednesday January 13th, 2021 at 11:30 am. With a Visitation at Waid Funeral home on January 13th, 2021 at 11-11:30. Donations may be made to St. Francis Church or charity of your choice. Waid funeral home & cremation services is assisting the family with arrangements. Online condolences may be made at www.waidfuneral.com .

To order memorial trees or send flowers to the family in memory of John Case, please visit our flower store.