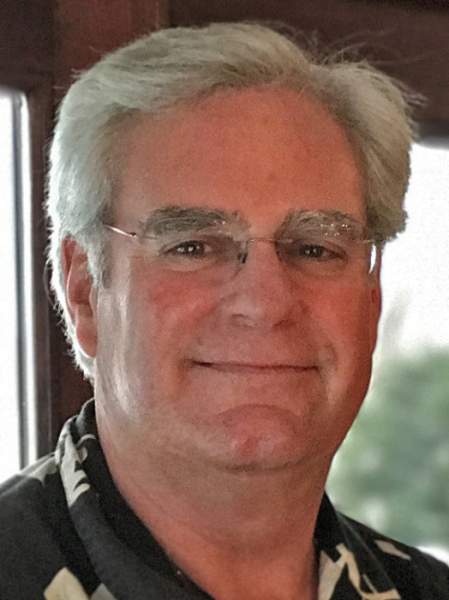 It is unimaginable to try and describe the life of Dr. Jeffrey Winter in a few sentences or paragraphs.  The world was blessed with his existence on September 27, 1956 and on June 18, 2020 he was suddenly called to his rightful spot in heaven at the age of 63. He was born to the late Curtis and Priscilla (Smith) Winter in Oconomowoc, Wisconsin.  Jeff attended high school in Oconomowoc and he enlisted in the U.S. Navy in 1974.  His first job in the Navy was as a Ship Fitter.  He also had the opportunity to train with the Navy Seals and work with Damage Control. He sailed on the USS Kirk during 1975 and evacuated the South Vietnamese refugees after the fall of Saigon. He bravely served his country until his honorable discharge in 1978.

After the Navy and hitchhiking across the United States harmonica in pocket, Jeff met his best friend, soulmate and one true love of his life Rita in Oconomowoc, Wisconsin. They married on November 24th  1979 and began a family. Always wanting the best for his family, Jeff went on to further his education for another 9 years at North Western Health Sciences University of Minnesota, earning his Doctor of Chiropractic degree.  By this time Jeff and Rita had 4 young children and moved back to Wisconsin where he then established Winter Chiropractic in Merrill, Wisconsin July of 1990.  He practiced until November 2019.

During that time of serving his community with Chiropractic needs, Jeff went on to earn his Nursing degree. He became an RN and 11 years ago started working at the Aspirus Hospital in Wausau in the rehab center where he currently was still working. Through both careers his #1 goal that he strived to achieve was to make a difference and impact others lives.

During his life in Merrill, Jeff and his family lived on a hobby farm, where he was able to work with the land and appreciate nature at its finest. He enjoyed traveling and “tent” camping across the U.S. when the kids were younger.  Jeff is remembered as having a servant’s heart and would put the needs of others before his.  He believed in appreciating the simple beauties in life and instilled that appreciation in his children.  Jeff enjoyed reading and always taught himself something new, whether it was trying a new recipe or a new fishing spot with his family.  He was a wonderful cook and an even better “fair weather fisherman”!  Jeff is lovingly remembered as a man with a great love and pride for his family, especially his children and grandchildren, whom he was so proud of.  He enjoyed being able to provide for his family and was a gentle, creative and empathetic person.  Jeff had a sense of integrity and compassion and that showed through in his medical practice.  When he needed some downtime and to relax, he would enjoy listening to the Blues or watching the fireflies blanket the night fields.  Jeff put his entire being into everything that he did – always wanting to do his best.  Along with being a family man, he was a man of God.  His faith in God was strong and unshaken.  Jeff will be sadly missed, but never forgotten.

Jeff was a great example of exemplifying the change that you would like to see in the world.

To order memorial trees or send flowers to the family in memory of Jeffrey Winter, please visit our flower store.