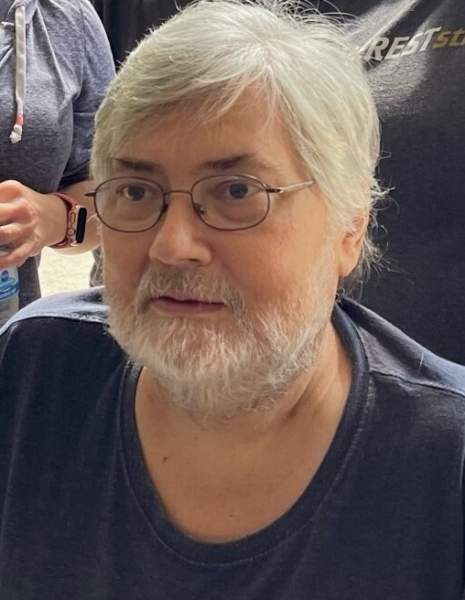 Jeffrey Wallace Kottke left this world on Sunday, January 16, 2022 at 7:00 pm to be in the loving arms of the Lord. The pain of cancer and Covid that took his earthly life is now replaced with joy & gladness and NO more pain. Jeff was born on September 30, 1965 in Merrill, Wisconsin to Wallace and Judy. He married/divorced Renee Schult and had one daughter, Holly.

Jeff’s pride and joy were his work and hanging Christmas lights everywhere and banana cream pie. You would have not met anyone more devoted to his job then Jeff. His perfect attendance at Merrill Manufacturing meant the world to him until cancer came into his life. Jeff was very good at fixing families and friends’ vehicles and working on family farms. Jeff was the MacGyver of the Kottke family which he got from his dad and uncles.

He was preceded in death by his four-legged dogs; Brandy and Grace, grandparents; Adelia and Walter Kottke, Louise and Herbert Neubauer, nephew; Jesse Roman, cousin; Wade Kottke and many aunties and uncles.

Jeff’s family appreciates the dedicated caring hands at Weston Hospital. The doctors and nurses who provided the loving support Jeff needed to make him comfortable.

To order memorial trees or send flowers to the family in memory of Jeffrey Kottke, please visit our flower store.