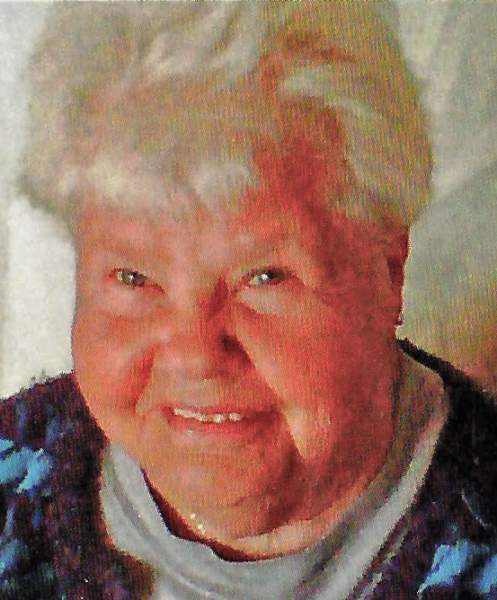 Janet J. Kloth, age 82, of Merrill, passed away on Friday, October 27, 2017, at St. Clare’s Hospital in Weston, WI, while surrounded by her loving family.  She was born on October 29, 1934 in Wausau, WI and was the daughter of the late Edwin and Caroline (Klockziem) Kniess.  Janet attended school in Wausau, before staying home to help on the family dairy farm.  She met and fell in love with Roland Henry Kloth, and the two exchanged vows on May 9, 1953 in Medford, WI.  He preceded her in death on March 20, 2000.

Janet was born and raised on the family’s dairy farm in the town of Hamburg.  She continued to farm all throughout her adult life.  Janet was a full-time wife and mother, and would occasionally work with the pelts at the Fromm Brothers farm, the Ginseng Garden for many years, cutting boughs at Badger Evergreen and cleaning at Eddie’s Bakery.  She enjoyed collecting cookie jars, plants and bells – along with many other knickknacks that she liked to have around her house.  Janet was very talented at embroidering flour sack towels.   Janet always had a huge garden at home on the farm and really enjoyed canning all of the food that she harvested.  She loved making all of the family’s food from scratch – as well as baking her famous apple cake.  She adored her family and looked forward to all holiday and family gatherings.  She was such a friendly person, and enjoyed playing cards with her family and friends, like Sheephead, Rummy and Poker.  Whenever she could, she would cheer for her Packers and Brewers.  Janet loved flowers, especially the bright and colorful ones.  She had a passion for dancing, especially polka dancing. Janet was a member of St. John Lutheran Church in Merrill. Janet was a happy spirit with a kind soul. She will be sadly missed.

Funeral Services for Janet will be held on Tuesday, October 31, 2017 at 11am at St. John Lutheran Church in Merrill.  The Rev. David Szeto will officiate.  Visitation will be held on Monday, October 30, 2017 from 4pm-8pm at Waid Funeral Home and again on Tuesday, October 31, 2017 from 10am until the time of the service, at the church.  Interment will immediately follow the service at Merrill Memorial Park Cemetery.  Waid Funeral Home & Cremation Service of Merrill is assisting the family with arrangements.  Online condolences may be made at www.waidfuneral.com.

To order memorial trees or send flowers to the family in memory of Janet Kloth, please visit our flower store.