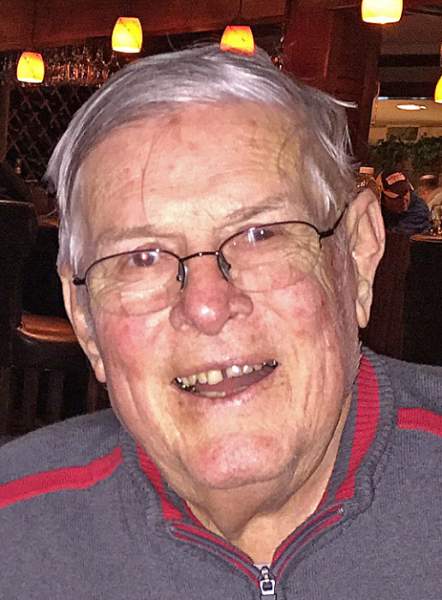 James “Jim” E. Mitchell, age 81, of Irma, WI, went to his eternal resting home on Wednesday, March 28, 2018, at the Ministry St. Joseph’s Hospital in Marshfield, WI, with his children by his side.  Jim was born on January 4, 1937 to the late George and Jay (Sackreiter) Mitchell in Ashland, WI.  He attended and graduated from Bayfield High School.  Jim continued his education for 4 more years, graduating with a bachelor’s degree in Biology from the University of Superior.  He eventually met his soul mate, Ruth Raarup, and the two exchanged wedding vows on July 25, 1959.  Sadly, Ruth passed away on December 22, 2016.

Jim had sold bank security equipment for LeFebure for many years, before starting part-time as a salesman at Mitchell Metals in Merrill, officially retiring in December 2017.  Jim loved to hunt and fish.  He would look forward to his annual fishing trip to Canada with friends and family, as well as taking trips to Alaska to see his family.  Jim enjoyed the outdoors and liked to be in a boat out on the water.  He was a member of a group of good friends that would go on evening pontoon cruises on Tug Lake by his home.  For many years, Jim and Ruth would head to Florida and spend time with their special Florida friends.  Friends and family were priority in Jim’s life, he was so proud of his children, grandchildren and great grandchildren, as well as his many good friends.  Jim is remembered as being very social and would rarely miss a morning with his coffee groups.  He was also an avid reader of history.  Jim would also take in a game of cribbage with friends every chance he had.  He was a good man, loving father and a dear friend to many.  Jim was a member of Merrill Rotary Club and a past member of the Board of Directors for River Valley Bank.  He was also a member at Our Saviour’s Lutheran Church in Merrill.  He will be sadly missed.

In lieu of flowers, family requests that donations be given, in Jim’s name, to Our Saviour’s Lutheran Church in Merrill.

To order memorial trees or send flowers to the family in memory of James "Jim" Mitchell, please visit our flower store.