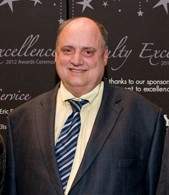 James ‘Jim’ Arthur Levernier, age 72, of Merrill, passed away on Tuesday, December 14, 2021, at the Aspirus Hospice House in Wausau.  Jim was born on July 26, 1949, to the late Arthur and Florence (Ferraro) Levernier in Highland Park, IL.

Jim received his undergraduate degree from Marquette University in 1971.  He went on to obtain his Master’s Degree and PhD from the University of Pennsylvania in 1975.  He then settled in Little Rock, AR and taught his entire 45 year career at the University of Arkansas/Little Rock. Classes included American Literature, World Literature and Writing. Jim was a member of Phi Beta Kappa, the recipient of a post-doctoral research fellowship from The Newberry Library, and served on a board with the National Endowment for the Humanities that selected major award winners in the field of American Studies.

He exemplified the best of the profession: a master teacher and a brilliant researcher.  Jim and his fellow colleagues wrote dissertations, authored many articles and books, mostly about Indian captivity and early American literature. Perhaps even more impressive than Jim’s scholarship was his devotion to teaching.  Jim is remembered as being life-changing, humane, generous, scholarly, and inspirational.  He recognized the challenges faced by the mostly non-traditional undergraduates that he taught and provided all kinds of extra support both academic and personal. In 2011 Jim was nominated for the annual UALR Faculty Excellence Award in Teaching, and he won not only at the College level but at the University-wide level. Jim retired in May of 2020, and was conferred the status of Professor Emeritus in January, 2021 by the university.

Jim was a Renaissance Man of sorts: a devout Catholic; a diehard Democrat; an avid fisherman; a master gardener; an excellent cook; an avid collector of antiques; a loving owner of dogs and an enthusiastic traveler.  Jim also possessed a wicked sense of humor.

A Mass of Christian Burial for Jim will be held in April, 2022 in Hubbard Woods, IL.

To order memorial trees or send flowers to the family in memory of James 'Jim' Levernier, please visit our flower store.