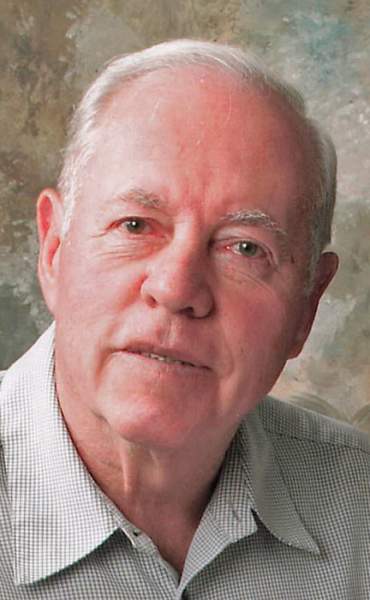 James ‘Jim’ S. Geiss, age 87, of Merrill, passed away on Thursday, November 7, 2019 at the Aspirus Wausau Hospital’s palliative care unit, with his loving wife by his side and while under the excellent care and support of the staff and doctors in the unit.  Jim was born on August 20, 1932 to the late Stephen and Loretta (Lloyd) Geiss in Merrill.  He attended and graduated from Merrill High School, before enlisting in the military, proudly serving his country in the U. S. Army and was a Korean War Veteran.  When he was honorably discharged, Jim met the love of his life, Lois R. Londo, and the two exchanged marriage vows on June 29, 1957 in Merrill.

Jim was employed by ROW Windows and went on to work for Catholic Financial Insurance Company as a sales agent for many years.  In his younger years, Jim enjoyed the art of trout fishing.  He was a true outdoorsman, looking forward to every deer season and would walk for miles grouse hunting.  Jim also liked to go camping with family and friends. He also had a passion for working in his vegetable gardens.  Jim and his family enjoyed going to their cabin in Langlade County, getting away and enjoying the peace that it brought them.  In Jim’s later years, he enjoyed watching old westerns.

He was a past member of the Knights of Columbus as a 4th degree knight and was a lifelong member at St. Francis Catholic Xavier Church.  Jim will be sadly missed but kept in the hearts of his family and friends.

A memorial service for Jim will be held on Saturday, November 16, 2019 at 11am at Waid Funeral Home in Merrill.  Reverend David Szeto will officiate.  Visitation will be held on Saturday, November 16, 2019 from 9am until the time of the service, also at the funeral home.  Military honors will be presented by the Merrill V.F.W. Post 1638, immediately following the service.

In lieu of flowers, Jim’s family requests that donations and memorials be directed to either the Lincoln County Humane Society or the T.B. Scott Library.

To order memorial trees or send flowers to the family in memory of James 'Jim' Geiss, please visit our flower store.