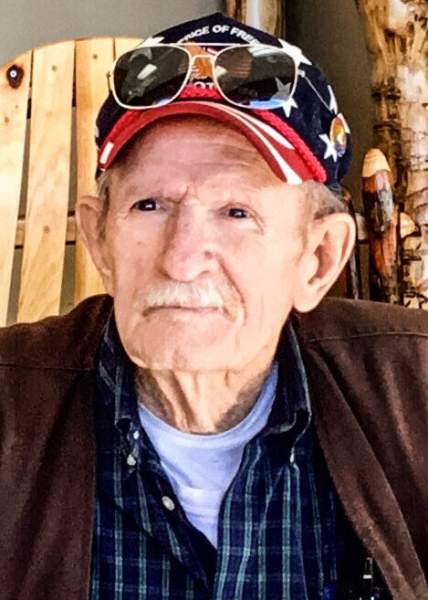 McAlester, OK and was the adopted son to the late Marion and Mary (Fitzner) Dickson.

Jim was raised and attended school in Baxter Springs, Kansas.

Squadron stationed in Clovis, New Mexico. During Jim’s service with the United States

Air Force, he served in Korea and Japan as a Staff Sergeant and crew chief maintaining

aircraft, specifically maintaining their engines. While in the Air Force, Jim also became a

3rd degree black belt in karate and found a love of motorcycling. Jim had a wide variety

of hobbies and interests including prospecting, traveling throughout the West, treasure

hunting and was a certified diver.

and later pursued what he enjoyed the most; working on heating and refrigeration

systems as a technician and later owning his own business. Jim's passion was making

broken things work and helping people. Jim was self-taught and later shared his

knowledge teaching at a tech school in Texas.

Jim's faith was important to him. He was an active member of the Seventh Day

Adventist church throughout his life. He was also an elder at his churches in Merrill and

Rhinelander. Jim is lovingly remembered by his family as funny, happy-go-lucky guy

who was always a lot of fun to be around. He will be sadly missed, however he will

remain in the hearts of his friends and family forever.

grandchildren who will miss "Grandpa with the Bears." Stepchildren: Brenda (Jeff)

nieces, nephews and siblings, along with his biological extended family. He was

A private family service with full military honors will be held Monday, September 27 at

1:00 p.m. at Oak Grove Cemetery in Portage, WI. A Celebration of Life service will be

held for friends and family at a later date.

In lieu of flowers, please direct any memorials to the family and send to Waid Funeral Home, 301 Eagle Drive, Merrill, WI  54452, in care of Patricia Dickson.

arrangements. Online condolences may be made at www.waidfuneral.com.

To order memorial trees or send flowers to the family in memory of James 'Jim' Dickson Sr., please visit our flower store.