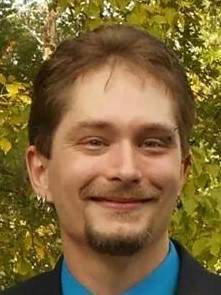 Jacob Lee Kurth “Vern”, age 33, of Merrill, passed away unexpectedly on September 23, 2017 at his home. He was born April 10, 1984 in Wausau to Jerry Kurth and Jonnie (Detert) Klempke. Jacob and Christina Anglin were united in marriage on September 20, 2014 in Merrill, WI. She survives.

Jacob worked as a laborer for Northview Windows in Marathon City.  He enjoyed fishing, camping, animals, and the outdoors.  Most of all, Jacob loved spending time with his family and friends.  He was a huge Bengals fan and stuck with his team through thick and thin. He will be greatly missed.

A Celebration of life with be held on Monday, October 2, 2017 at 7 pm at Waid Funeral Home.  Nancy Beyersdorf will officiate.  Visitation will also be on Monday from 4-7 pm at the funeral home. Waid Funeral Home and Cremation is assisting the family with arrangements. Online condolences may be made at www.waidfuneral.com.

To order memorial trees or send flowers to the family in memory of Jacob Kurth, please visit our flower store.