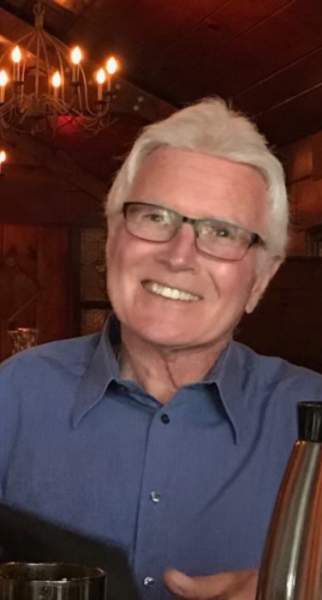 Jack Alan Buchler, 82, of Gleason, passed away Saturday, November 13, 2021 at Aspirus Wausau Hospital.  Jack was born in Ingalls Hospital, Harvey, IL, on June 20, 1939 to the late Matthew and Gertrude Buchler.

First and foremost, Jack loved his family.  For 57 amazing years, he was happily married to his best friend.  They had a relationship like no other.  The soulmates met on the Weinberg family farm when they were children and were married in Bloomville on a beautiful spring day in April 1964.  Jack could not have been more proud of his children and grandchildren and treasured his nieces and nephews.  He had an insatiably curious mind and was the consummate logophile. (It would put a twinkle in his eye to share one final word.)

Jack was a true outdoorsman.  Whether he was bow hunting in “the tower” behind the hill, big game hunting out west or in Northwest Manitoba, or planting thousands of trees on various properties throughout the area, he was most at home, outside.

Flying was Jack’s other passion.  As a young man, he earned his instrument rating and ATP pilot’s license, flew the Wall Street Journals across Lake Michigan, often times in inclement weather, and spent untold hours as a flight instructor at Midway Airport in Chicago.  Years later, when his feet finally touched the ground, he worked long hours navigating dangerous roads for 28 years with Georgia-Pacific.

Jack embodied the meaning of a “true soldier.”  He loved his country and was honored to be a member of the U.S. Army.  He served in Korea as a Forward Observer in the Demilitarized Zone and was proud to have earned Soldier of the Month multiple times.  Jack will be laid to rest at Abraham Lincoln National Cemetery, Elwood, Il, with military honors on his birthday.

In lieu of flowers, memorials in Jack’s name can be made to the Pulmonary Fibrosis Foundation.

To order memorial trees or send flowers to the family in memory of Jack Buchler, please visit our flower store.