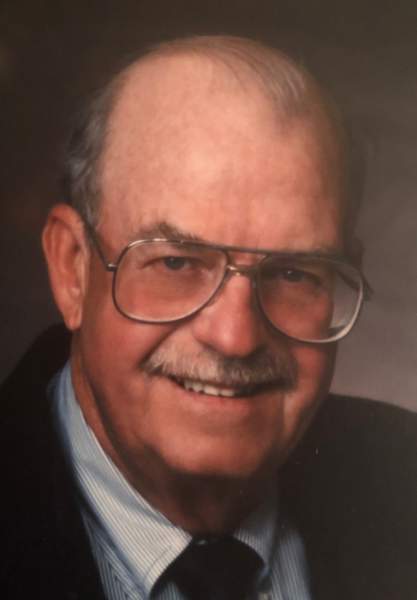 Jack B. Broeren, age 87, of Merrill, went home to be with his Lord and Savior on Wednesday, January 8, 2020 at the Aspirus Wausau Hospital with his loving family by his side.  He was born on October 27, 1932 to the late Theodore and Helen (Treat) Broeren in Medford, WI.  Jack attended and graduated from Merrill High School with the Class of 1950.  He went on to proudly serve his country in the U.S. Navy from July 19, 1950 until he was honorably discharged on October 26, 1953.  Jack was aboard the U.S. Casa Grande during the Korean War. He met the love of his life, Goldie Duranceau, and the two exchanged marriage vows on April 7, 1960, a union lasting almost 60 years. She survives.

Jack worked for the United States Postal Service for 32 years as a city mail carrier.  He was an avid outdoorsman, enjoying hunting big game in Wyoming, pheasant hunting in South Dakota and fishing with family in Canada.  Jack looked forward to time spent with family while making maple syrup at the hunting shack and spending the summers at Blue Lake in Minocqua.  He was able to go on the Never Forgotten Honor Flight in 2014, something that meant a lot to him. Jack was a huge sports enthusiast, especially cheering on the Green Bay Packers!  Jack had a strong faith in God.  He was a member at Trinity Lutheran Church in Merrill. Jack is remembered at being witty, kind-hearted and strong.  He loved his family and referred to his loving wife as “the best wife”.  Jack will be missed by all who knew him.

A memorial service for Jack will be held on Thursday, January 16, 2020 at 11am at Trinity Lutheran Church in Merrill.  The Rev. Scott Gustafson will officiate.  Visitation will be held on Thursday, January 16, 2020 from 9am until the time of the service, also at the church.  Military honors for Jack will be performed at the church immediately following the service.

In lieu of flowers, donations in Jack’s name may be directed to either the Kidney Foundation, Trinity Radio Broadcast fund or a charity of your choice.

To order memorial trees or send flowers to the family in memory of Jack Broeren, please visit our flower store.