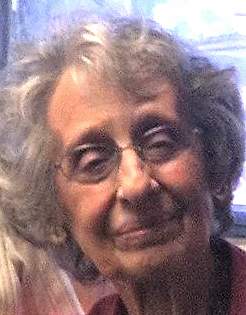 Irene was born to the late George and Katherine (Kalafice) Papadakis in Merrill.  She received her teacher’s certificate, was married, and taught school in Tomahawk.  She devoted her life to her family and helped children in need as a Group Home Manager in the Midwest.

Irene was devoted to her Christian faith. She was very kind, strong, and always enjoyed the company of others.

Irene is survived by her son: George (Debbie), daughter: Kathy (Tom) and her special family members: the Kalafice family and the Bronsteatter family.  She is preceded in death by her parents: George and Katherine Papadakis, and sister Helen Roman.

May Irene always rest in peace in the arms of God.

The family would like to thank Pine Crest Nursing Home staff for the wonderful care they provided Irene.

Memorials may be sent in Irene’s name to St. Francis Xavier Catholic Church in Merrill in lieu of flowers.

Waid Funeral Home & Cremation Service of Merrill is assisting the family with arrangements.

Online condolences may be made at www.waidfuneral.com.

To order memorial trees or send flowers to the family in memory of Irene Ballas, please visit our flower store.