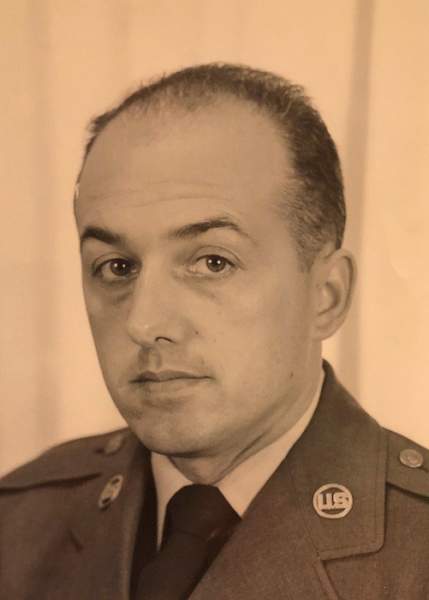 Henry A. Mundinger, age 93, of Gleason, passed away on Thursday, June 14, 2018, at Benedictine Living Community of Wausau following a brief 3 week stay, necessitated by a rapid decline in his health.  Henry had suffered from type II diabetes with heart and kidney failure during the past 5 years, but had been able to maintain his independent living at home until recently.

Henry was born on January 20, 1925, to the late Karl and Marie Mundinger in Evanston, IL, and was one of five children.  The family soon moved to rural Illinois, and Henry graduated under a deferment on May 27, 1943, from Canton High School.

Upon graduation, Henry immediately joined the US Army Air Forces (USAAF), and underwent basic training to become a navigator and gunner, subsequently flying numerous missions over Germany on a Consolidated B-24 Liberator bomber during World War II.  Henry received several accommodations and medals for his service.  During his 23-year military career, Henry rose to the position of Senior Master Sargent, and supervised a staff of 45 enlisted men.  He was stationed in the Philippines during the Korean War, and later in London and Germany.

Henry retired from the military in March of 1967, purchasing a small dairy farm just outside of Gleason, WI, in June.  With the aid of his wife and two sons, the dairy prospered and grew, until 1994, when he retired from dairying and switched to raising beef cattle.  After his time in the military, Henry enjoyed a quiet life and valued his privacy, rarely traveling.

Henry is survived by his two sons: Henry J. Mundinger of Antigo and Richard Mundinger of Chicago, IL; grandchildren: Hannah and Kathryn Margaret Mundinger of Savage, MN; and sister:  Elsie (Harold) Berk of Blissfield, MI.  He was preceded in death by his parents, brothers: Carl and George, and sister: Elfrieda.

Per Henry’s request, no services will be held.  Donations to the donor’s charity of choice may be made in lieu of cards and flowers.

To order memorial trees or send flowers to the family in memory of Henry Mundinger, please visit our flower store.