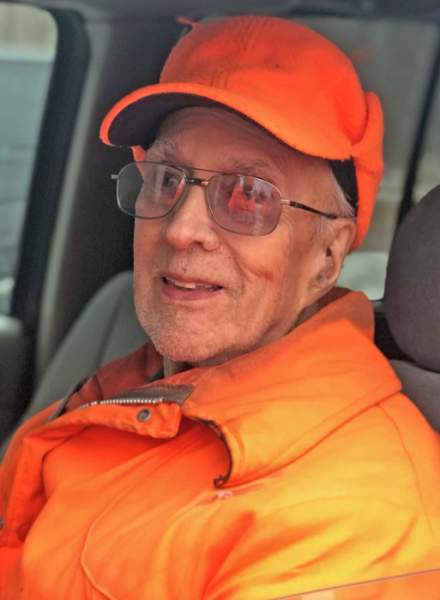 Henry ‘Hank’ E. Borchardt, age 84, of Athens, passed away on Sunday, January 20, 2019 at his residence, while surrounded by his family and under the care of Ascension Ministry Hospice.  He was born on July 1, 1934 to the late Edwin A. and Lorena K. (Krueger) Borchardt in the town of Hamburg.  Hank met and fell in love with Marjorie Joan Wiesner, and the two exchanged marriage vows on July 31, 1959 in Wausau, WI.  She survives.

Hank was a dairy farmer for all his adult life, and ran the family farm, along with his wife and children.  He was a member of AMPI (Associated Milk Producers, Inc.) during his farming years.  Hank enjoyed attending auctions as often as he could.  He was an avid deer hunter, and squirrel hunted in his younger years.  Hank was proud to hit his 70th year deer hunting.  He enjoyed the outdoors, whether it was hunting, target practice with clay pigeons and the boys, logging in the wintertime or making firewood. Hank enjoyed gatherings with family and friends, as well as going dancing.  He and Marjorie would travel out west to attend family reunions, anniversaries or for just some much needed vacation time.  Hank is remembered as an easy-going guy, content with life and easy to talk to and get along with. He was a member of Trinity Lutheran Church in the town of Berlin.

In lieu of flowers, family requests that donations in Hank’s name be directed to a charity of your choice. If you don't have a preference, hospice was a great help to the family.

To order memorial trees or send flowers to the family in memory of Henry Borchardt, please visit our flower store.