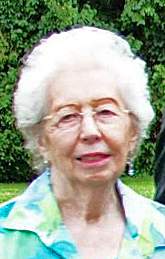 Helen Thistle, age 91, of Merrill, passed away on Monday, February 26, 2018 at Pine Crest Nursing Home in Merrill while under the care of Aspirus Comfort Care & Hospice Services.  Helen was born on November 23, 1926 to the late Richard and Elizabeth (O’Connor) Hennessy in Excelsior, WI.  She met and fell in love with Glenn Thistle, and the two exchanged wedding vows on July 28, 1953 in Muscoda.  Sadly, he preceded her in death on September 29, 1989. Helen had earned her Bachelor’s degree in education and was a primary school teacher until November 1971 when she and Glenn purchased the Prairie Motel in Merrill, WI. Helen felt it was important for her children to do well in school and she would enjoy reading to her students.  She enjoyed traveling with her sisters.  Helen would cherish her time that she spent with her husband at their cottage on Somo Lake.  Family time was a priority in Helen’s life, and she like to spend time with her grandchildren and great grandchildren.  She will be greatly missed.

In lieu of flowers, family requests that donations in Helen’s name be directed to Pine Crest Nursing Home in Merrill.

To order memorial trees or send flowers to the family in memory of Helen Thistle, please visit our flower store.