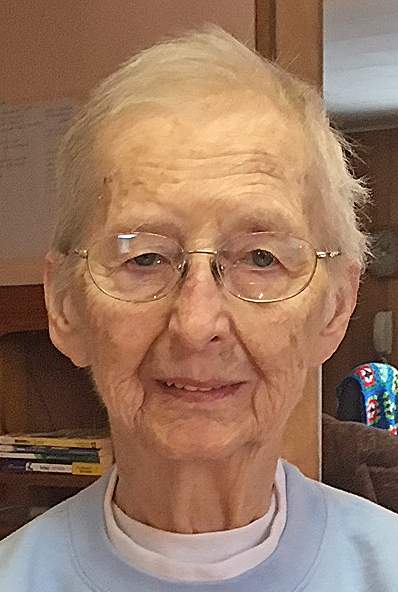 Helen T. Severt, age 92, of Merrill, passed away on Tuesday, August 14, 2018 at the Pine Crest Nursing Home in Merrill, while under the care of Aspirus Comfort Care & Hospice Services.  She was born on January 3, 1926 to the late Andrew J. and Frances (Koprucki) Kulawinski in the town of Pine River.

Helen was an LPN (Licensed Practical Nurse) for most of her adult life and worked at Pine Crest Nursing Home.  She was a caring, giving and very happy person that was always there for her family and friends, and she firmly believed in paying it forward.  Helen had large vegetable gardens and enjoyed harvesting from them for canning.  She was a woman of strong faith, which was very important in her life.  Helen was a member of ARC (Association for Retarded Citizens) and St. Francis Xavier Catholic Church in Merrill.

Helen is survived by her son: David (Shanon) Severt of Ohio, daughters: Karen Severt of Merrill and Jackie (Kevin) Grossoehme of Milwaukee, grandchildren: Michael (Jaime Bilicki) Grossoehme, with their children: Troy and Jack and Jamie (Chris) Morrissey, with their children: Cameron and Baby Abby and her sister: Marion (Roy) Broeren.  She was preceded in death by her parents, husband: John H. Severt, daughter: Patricia Severt and 8 brothers.

A Mass of Christian Burial for Helen will be held on Friday, August 17, 2018 at 11am at St. Francis Xavier Catholic Church in Merrill.  Father Chris Kemp will officiate.  Visitation will be held on Friday, August 17, 2018 from 10am until the time of Mass, also at the church.  Burial will immediately follow the Mass in the St. Francis Xavier Catholic Cemetery.

To order memorial trees or send flowers to the family in memory of Helen Severt, please visit our flower store.