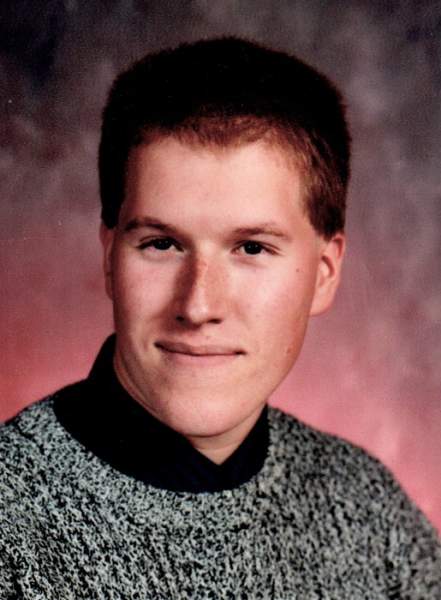 Gregory ‘Greg’ A. Bialecki, age 46, of Cedar Rapids, IA, passed away unexpectedly on Tuesday, October 9, 2018 at his residence.  Greg was born on March 7, 1972 to Bill and Roxann (Bergs) Bialecki in Wausau.  His mother, Roxann, preceded him in death.  Greg attended and graduated from Merrill High School.

Greg was an avid Wisconsin sports fan, and would watch or attend many games, even traveling to the Rose Bowl and recently attending a Packer game.  He enjoyed visiting various public libraries.  Greg had a passion for music and would especially enjoy the top billboard music.  He also liked to surf the internet on his computer.

Greg is survived by his father: Bill (Judy) Bialecki of Merrill, brothers: Nathan Bialecki of Schofield and Willie Bialecki of Merrill, sisters: Stephanie Denson and Cheryl Bialecki, both of Appleton, Rhonda (Ben) Schmidt of Evansville, WI and Rebecca Bialecki of Wausau, step-sister: Ann (Chris) Heller of Merrill, step-brother: David Karpenske of Merrill, nephews: Logan, Jordan, Tyler, Alex and Jacob, niece: Lillie Anna and many aunts, uncles and cousins.  He was preceded in death by his mother: Roxann Bialecki, maternal and paternal grandparents, an aunt and uncle and “Mickey” and “Tabitha”.

In lieu of flowers, please direct donations in Greg’s name to a charity of your choice.

Waid Funeral Home and Cremation Service of Merrill is assisting the family with arrangements.  Online condolences may be made at www.waidfuneral.com.

To order memorial trees or send flowers to the family in memory of Gregory 'Greg' Bialecki, please visit our flower store.