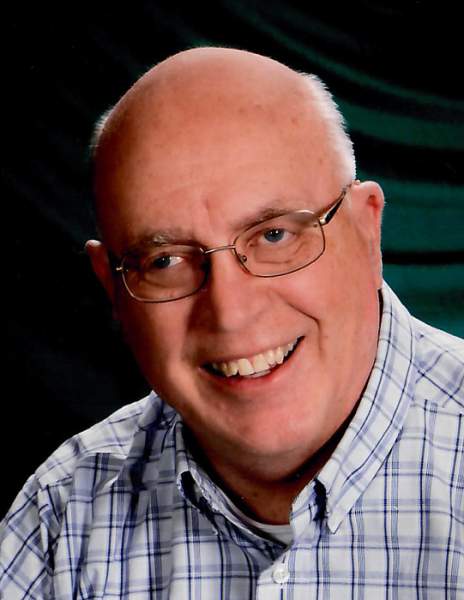 Glenn William Frank, age 78, of Merrill, entered into eternal rest with his Lord and Savior on Saturday, March 13, 2021 at the Ascension Good Samaritan Hospital in Merrill, with his loving family by his side.  He was born on September 23, 1942 to the late William and Catherine (Behrens) Frank in Des Plaines, IL.  He earned his bachelor’s and master’s degrees at Concordia in Seward, Nebraska.  Glenn was a teacher at Trinity Lutheran School for 40 years and was able to pass along his knowledge and love for Jesus to the kids that he taught.  Glenn was also involved with the Trinity Open Heart Ministry (the food pantry) and was a Bible study leader.  He was the president, as well as a participant, of the Merrill Area Concert Association.  Something that he truly loved was coaching the Trinity school softball team. In his retirement, his time was spent pursuing Fantasy Football Championships as the CEO, owner, and general manager of the Madison Street Grizzlies.  Glenn loved everyone and was so proud of his family.  He spent much of his time reading the Bible and consuming as much as he could about his Savior.  Glenn looked forward to his Bible studies, listening to The Lutheran Hour, going to, and listening to church and doing multiple devotions a day.  He enjoyed pursuing relationships with former students and people in general.  This was by far, outside of his relationship with God, his absolute favorite thing to do.  This was the reason he lived.  Glenn is remembered as a funny, loving, caring and compassionate man, that also had a sassy side to him, but was often calm and collected.  He was an honest man that was trustworthy and always focused on his Savior.  Glenn was an avid gardener and loved working in his huge vegetable garden, as well as his 13 flower beds!  He lived for the moments to play cards with his wife and close friends, he couldn’t wait to get back to that. Glenn was the kind of person that his family heard over and over from people that there was “just a way about him that made him exceptionally special.”

Glenn will be lovingly remembered by his wife: Sandra Frank of Merrill, sons: Jim (Brenda) Frank of Stevens Point, WI and Jason Frank of Merrill, grandchildren: Matthew and Nathan Frank, both of Stevens Point, WI, sisters: Gloria Lehman and Gladys Thorp, sister-in-law: Jane (Steve) Sharon, along with many nieces, nephews, and wonderful friends.  He was preceded in death by his parents, brother-in-laws: Don Lehman and Wes Thorp and nephew: Chad Sharon.

A private family time of remembrance will take place on Friday, March 19, 2021 at 11am at Waid Funeral Home.  A private committal service will follow in the Merrill Memorial Park Cemetery.  Pastor Adam Rodriguez will officiate. A public memorial gathering for Glenn will be held at a later date. The committal service will be recorded and be available for viewing under his obituary on the funeral home website.  Family requests that masks and social distancing be practiced at the cemetery.

In lieu of flowers, memorials in Glenn’s name may be directed to Trinity Missions, Rachel Meyer Ministry or The Lutheran Hour.

“You have to trust God WILL take care of it no matter what” ~ Dad.

To order memorial trees or send flowers to the family in memory of Glenn Frank, please visit our flower store.