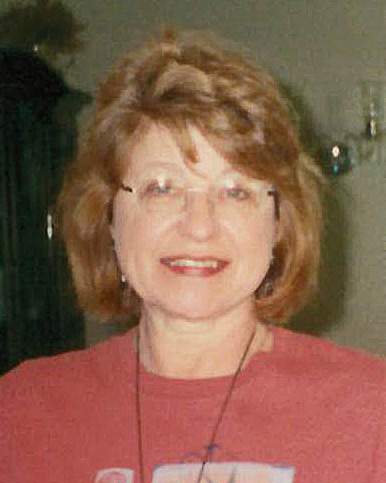 On January 18, 2019, we said goodbye to our rock; the beautiful and deeply loved Geraldine Bloechl. She was 78 years old when she passed away at Stoney River Memory Care in Marshfield.

Jerri, as she was affectionately known, was born to the late Oscar and Erna Weaver, June 20, 1940, in Merrill, Wisconsin. She was a precocious little sister to Paul, and protective big sister to Robert.

Throughout her life, Jerri was known for her sweet and welcoming nature that won the trust and hearts of many, especially her students. Her signature gift of joy, shown through her constant smiling, laughter, and engaging sense of humor will never be forgotten.

Jerri graduated from Merrill High School in 1958 and received a BA in Education from the University of Wisconsin, Stevens Point in 1962. She later went on to earn a Master’s degree in Education in 1978.

While she was in college, she met the love of her life and partner-in-crime, James Bloechl. They married on May 31, 1963 in Minnesota. Married for 55 years, Jerri and Jim raised their 3 rambunctious sons Thomas, Peter and Andrew in Merrill.

Jerri was a devoted and loving mother. Mothering to her meant being everything and anything her sons needed her to be; best friend, alibi, confidante, battle-axe, cheerleader, bulldozer, reality check, co-conspirator, drill sergeant, clown, disciplinarian, banker…she was all that, and then some. She was also mama bear to the many dogs, cats, gerbils and other critters (both of the two legged and four persuasion) that were drawn to her warmth and her welcoming home.

With a real zest for life, Jerri enjoyed music, dancing, gardening, teaching, creative writing, playing bridge, and travelling. She was a voracious reader, devouring books with gusto at every opportunity. She loved riverside living; a cocktail in hand on a slow pontoon ride every evening on her beloved Lake Alexander was her idea of heaven on earth. She was an amazing cook given to whipping up outstanding meals, sweets and desserts for her always appreciative family and guests. “Hangry” didn’t exist in her home.

Jerri adored children and was a wonderful grandma to her five grandchildren. She was the cool grandma who was always ready with laughs and wonderful treats. At the same time, she was fiercely protective of her grandkids, always having their backs. She had an amazing knack for imparting knowledge and values in entertaining and meaningful ways. Having several grandchildren blessed with artistic ability, Jerri introduced them to ChalkFest This became an annual ritual for the family for many years where the grandchildren created some amazing art. Family events like these made Jerri the happiest.

A teacher in every sense of the word, she was extremely committed to giving less privileged children every opportunity to succeed educationally. She was a gifted Reading Specialist at Merrill High School from 1981 till her retirement in 1998.  She then used those skills to promote reading and literacy skills among preschoolers in the community. Jerri was instrumental in bringing FIRST BOOK to Merrill, which eventually became Reading Buddies.

Jerri is survived by her husband, James, her three sons: Thomas (Sheila), of Green Bay; Peter, of Wausau; and Andrew (Sue), of Milwaukee. She leaves behind five grandchildren; Garth, Jacob (Ali), Rachel (Jordan), Alexander and Angela. She is also survived by her brothers, Paul (Judi) and Robert (Judy), and their children.

A private celebration of her life will be held in the future.

“Mom…I’ll get the drinks, you get the snacks. Meet you down at the boat…”We wish we could have had one more cocktail cruise with you before your sun had set. We love you Mom.

To order memorial trees or send flowers to the family in memory of Geraldine 'Jerri ' Bloechl, please visit our flower store.