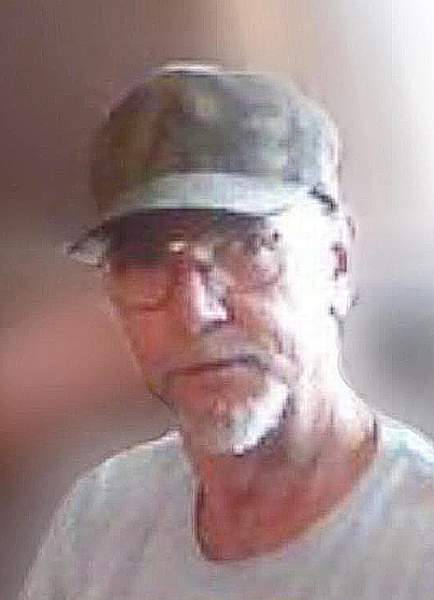 George William Schmoeckel Jr., age 72, of Irma, passed away unexpectedly on Monday, April 16, 2018 at his home in Irma.  He was born on October 1, 1945 to the late George and Irene (Degner) Schmoeckel Sr. in Merrill. George attended and graduated from Merrill High School.

George had proudly served his country in the United States Navy for 4 years, also serving in Vietnam.  He then continued in the National Guard, where he was a Sergeant 1st Class E7 when he retired after 16 years.  Currently, he was providing military honors to fallen veterans, through the Merrill V.F.W. Post #1638. He had worked for Merrill Manufacturing for over 30 years as a receiving clerk, until his retirement in 2009. George was very close with his entire family.  He is remembered as a giving and generous man that would help wherever he could.  He enjoyed tending to his vegetable gardens, canning those vegetables and enjoyed watching the abundant amount of wildlife around his home.  George also enjoyed cooking and baking for family and friends. His granddaughter, Anna, was very important in his life.  George looked forward to spending time with her, whether it was playing cards, driving around looking for deer or working on the vegetable garden together.   He will be sadly missed.

Funeral Services for George will be held on Friday, April 20, 2018 at 12 noon at Waid Funeral Home in Merrill.  Pastor Isaac Litke will officiate.  Visitation will be held on Friday, April 20, 2018 from 9am until the time of the service, also at the funeral home.  Burial will be at Woodlawn Cemetery in the town of Rock Falls, immediately following the service.  Military honors will be performed at the cemetery by the Merrill V.F.W. Post #1638.

In lieu of flowers, family requests that you send donations in George’s name to the Northwoods Veterans Post for their new post. Donations may be sent to 205 N. Cleveland Street, Merrill, WI, 54452.

To order memorial trees or send flowers to the family in memory of George Schmoeckel Jr., please visit our flower store.