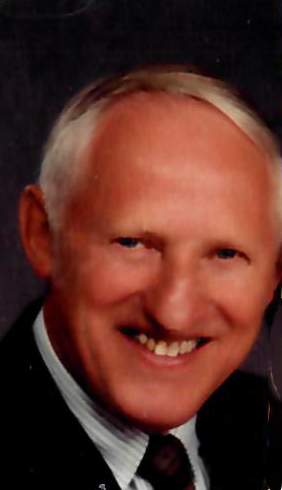 George Amelse, age 95, of Merrill passed surrounded by his family on Friday, December 13, 2019 at Pine Crest Nursing Home under Aspirus Comfort Care & Hospice Services.  He was born on July 4, 1924 to the late T. Richard & Agnes (Bartels) Amelse of Tomahawk.

George grew up on a farm in the town of King, Lincoln county.  An enormous creek ran through the property & was filled with trout.  He became an avid fisherman.  George would cut a box elder branch & tying a grasshopper on the line he was ready for an afternoon of fishing.  On a balmy summer day, he married Johanna Pintens and enjoyed her companionship for seventy-three years.  He and Johanna were both in love with nature. Their appreciation for the outdoors took them hiking, skiing, snow shoeing & camping through-out Wisconsin, Minnesota and Michigan.  George took a special interest in birds & built several bird houses.  His building of bird houses inspired his passion for carpentry which had him building furniture, doll houses for his daughters & picnic tables.  Gardening was a must in the springtime, he readied a plot & planted every kind of vegetable.  After seven years of cheesemaking, he worked for Owens Illinois for thirty-six years.  In his last years, he & Johanna spent their time in Bayfield with friends where George helped plant trees.  They also hiked the Prairie Trail in Merrill, where they enjoyed watching the ducks.

George was preceded in death by his parents; 4 brothers & 4 sisters.

To order memorial trees or send flowers to the family in memory of George Amelse, please visit our flower store.