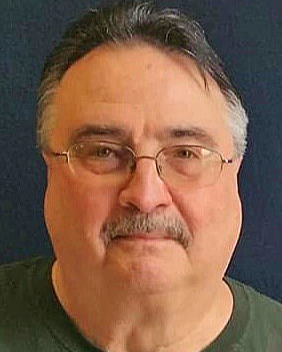 Gary Earl Christie “Pops”, age 70, of Merrill, formerly from California, passed away on Saturday, November 26, 2022, at the Marshfield Medical Center in Weston, after a long illness and complications from COVID-19.  Gary was born on September 23, 1952, to the late Earl and Marge (Aldred) Christie in Patterson, CA.  He attended and graduated from high school in California.  He met the love of his life, Ann Hill, and the two exchanged marriage vows on September 14, 1986, in Nevada.  She survives.

Gary had a passion for cooking and made it into a job very early on in his life.  He enjoyed cooking, whether it was his famous stir-fry or the best Mexican dishes, he had a knack for it.  Gary also worked for Hurd in Merrill, as a glass cutter for many years.  He retired in 2011.  He looked forward to the next trip that he and Ann would take, but he especially cherished his cruise to the Bahamas with his grandson, Noah.  Gary and Noah had a very special bond and were attached at the hip.  They would build Lego creations and model cars together and would find time to toss the football around.  Gary also loved trains and he would go see them every chance he had.  Gary’s family and friends remember him as truly the nicest man you will ever meet!  He was an excellent caregiver, always kind and had a calming demeanor.  He was also a “Bingo-holic” as his family called him and was always up for a game.  Gary will be sadly missed but has left his mark on his family and friends.

Gary is survived by his loving wife:  Ann Christie of Merrill, sons: John (Sara) Joyner of Merrill, Bill (Shae) Criswell of Missouri and James (Ashley) Joyner of Pennsylvania, grandchildren: Paula Blair and Reno, Noah, Randall and Melody Joyner, 3 great grandsons and 1 great granddaughter, as well as numerous nieces and nephews and his loyal dog: “Faith”.  He was preceded in death by his parents, step-mother: Jean Christie, special friend and mentor: Louis and 3 dogs.

Gary was a selfless and giving person, even in death.  He was a donor and will graciously give many people a second chance at life.

The family would like to extend a heartfelt thank you to the Merrill Fire Department and the Merrill Police Department for their efforts to save Gary, to the nursing staff at Northcentral Healthcare – Northwinds Vent Community, the Minocqua Howard Young ICU staff in the COVID unit, the nursing staff at Marshfield Medical Center ICU in Weston and the UW Organ & Tissue Donation organization in Madison.  All involved with Gary’s illness and his passing were very respectful and kind, and that will forever stay with the family.

A Celebration of Life for Gary will take place at a later date.

To order memorial trees or send flowers to the family in memory of Gary "Pops" E. Christie, please visit our flower store.