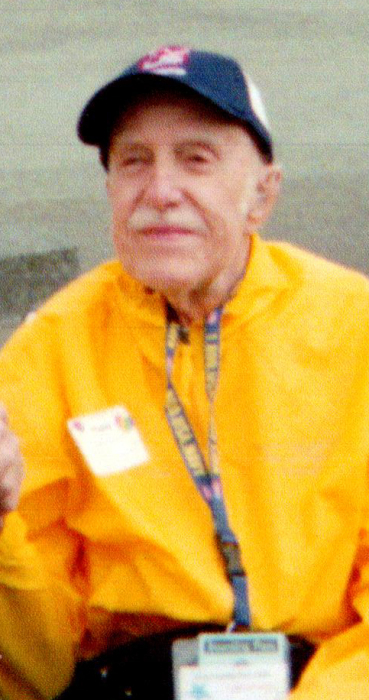 Franklin A. Saal Sr., age 94, of Merrill, passed away on Sunday, September 2, 2018 at the Wisconsin Veterans Home in King, WI.  He was born on August 29, 1924 to the late Carl and Frieda (Utecht) Saal in Merrill.  Frank attended and graduated from Merrill High School, and worked as a machinist in Racine until joining the service.  He proudly served his country in the U.S. Navy during WWII, and on the Battleship North Carolina.  Frank was awarded the Victory Medal, American Area Campaign Medal and the Asiatic Pacific Area Campaign Medal.  He also earned the Philippine Liberation Ribbon.  Frank was honorably discharged on 4/7/1946.  After leaving the service, he made many friends working as a bartender in Merrill.  Frank met Armilla “Gabby” Wilde, and the two exchanged marriage vows in 1951.  Sadly, she preceded him in death on August 31, 1993.

Frank worked for a dry cleaning company in Merrill before taking the supervisor position in the cleaning and laundry services at Holy Cross Hospital.  Beginning in the 1960’s, he enjoyed sharing good times with friends and family at the “cottage” near Hazelhurst, WI.  Frank enjoyed weekly trips to nearby casinos, especially with his brother, Jerry.  After Jerry passed, he went with his nephew, Dave Saal.  A few years ago, Frank was able to participate in the Never Forgotten Honor Flight, and shared that experience with his son, Frank Jr.  Before Frank was unable to drive, he enjoyed daily excursions to Wal-Mart, the grocery store and visiting with the “girls at the bank”.  He enjoyed his flower beds and rose bushes, and when he could, spent many hours sitting on his front porch watching the birds and squirrels at his bird feeders.  Frank always enjoyed daily visits from Frank Jr. and Terry’s dog, “Bullet”, who received many treats from “grandpa”.  Frank was a past member of the Optimist Club of Merrill, and was a present member at Trinity Lutheran Church in Merrill.

Frank is survived by his son: Franklin (Teresa) Saal Jr., grandchildren: Sarah (Kyle) Hughes in Georgetown, Texas and Franklin Saal III in Merrill, and several nieces and nephews.  He was preceded in death by his parents, wife: Armilla Saal and son: Scott Saal.

A private graveside service will be held at Merrill Memorial Park Cemetery.

To order memorial trees or send flowers to the family in memory of Franklin Saal Sr., please visit our flower store.