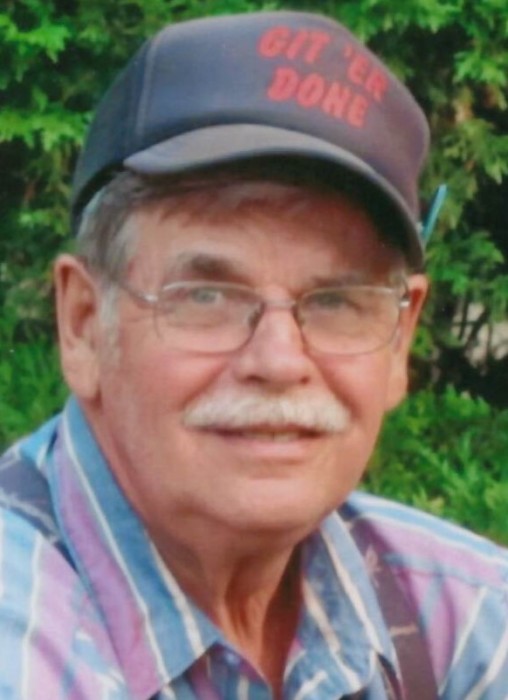 Franklin ‘Frank’ M. Mootz Sr., age 78, of Merrill, passed away on Tuesday, March 5, 2019 at the Marshfield Medical Center in Marshfield, WI, with his loving family by his side.  He was born on February 28, 1941 to the late Benjamin and Florence (Woller) Mootz Sr. in Merrill.  Frank attended Merrill High School.  After school, he met Alice Krueger, and the two exchanged marriage vows on June 10, 1961 in the town of Maine, Wausau.  They were blessed to spend almost 58 years together.

Frank grew up and raised his children on the family dairy farm in the town of Corning.  Frank was a masonry and worked for most of his adult life with concrete and brick projects, as well as continuing to farm.  He worked for himself, but would do many of his projects with Tippy Schneider, Les Karau and LeRoy Sense.  Frank was employed at Menzner’s Lumber in Marathon for a few years, but missed the outdoors, so he returned to his concrete work.  During the winter months, Frank would enjoy his hobby as a taxidermist, as well as smoking venison sausage for friends and family and cooking maple syrup. He especially loved using the apple corer/peeler to help Alice make pies in the fall for friends and family harvested from his own trees. Frank was an avid outdoorsman, whether it was logging, making firewood or hunting for his next big buck – he loved it all.  He had a true passion for the woods and being out in nature.  Frank would also go fishing whenever possible with his kids and grandsons.  He enjoyed working on the farm, especially cutting the hay and combining. Frank loved watching the progression of modernization on the family farm as Frank Jr and Rudy brought in advancements such as silos, building and machinery, and it warmed his heart to see the boys working together to keep it going. He was a supervisor on the board for the town of Corning for many years and proudly helped build the Tower Road. Frank also helped neighbors and friends build small scale bridges on their property for personal use.  He was skilled when it came to working with wood and deer horns, making all kinds of unique gifts for people.  Frank had also drove school bus and sold Christmas trees.  He was fluent in low German and would enjoy talking with others in that language, as well as teaching the language.  He really enjoyed his time with Ole, a German foreign exchange student hosted by his son.  In his retirement, Frank cherished his time with his family, especially the grandchildren.  He and Alice would work on their gardens and he loved to mow lawn for his sons in Merrill and Phillips. They enjoyed going to the Annual Steam Engine & Tractor Shows, tractor pulls and gun shows and the occasional casino trip when they would always stop in to visit their son on the way.  In his later years, Frank enjoyed relaxing with a good Sudoku puzzle, listening to polka music, playing Rook and putting puzzles together with his wife in the winter.  He is remembered as a funny and hard-working man that instilled that same work ethic into his children.  Frank was a member at Trinity Lutheran Church in Merrill.  He will be sadly missed but lovingly remembered as a wonderfully kindhearted man who put others before himself.

The family of Frank wishes to extend their sincere gratitude to Pine Crest Nursing Home and the Marshfield Medical Center staff for their care and support shown towards Frank and his family.

To order memorial trees or send flowers to the family in memory of Franklin Mootz, Sr., please visit our flower store.