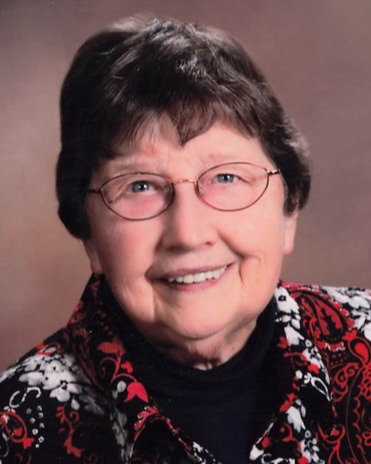 Esther Leona Natzke, age 89, of Merrill, passed away peacefully under the care of Aspirus Comfort Care and Hospice Services on Wednesday, December 21, 2022, at Pinecrest Nursing Home in Merrill, WI.

Esther was the youngest of seven children born to Henry and Ernestine (Winter) Natzke on November 4, 1933, in the Town of Corning. Esther lived in the Town of Corning until 2008 when she moved to Merrill. She helped her brother, Arnold, on his dairy farm and in his later years she was his caregiver.

Esther had a very personal relationship with Jesus and was an active member of Trinity Lutheran Church in Merrill where she sang in the church choir for many years. She loved to sing and could harmonize to most any song. She was a member of the local Red Hat Society and red was also her favorite color. She loved to play sheepshead at the Merrill Enrichment Center. Watching the Packers and Brewers was always a joy for her. She treasured the time she was able to spend with her family and friends, and her “Esther Bars” were always a favorite treat for her great-nieces and great-nephews.

In lieu of flowers, memorials may be made in Esther’s name to Trinity Lutheran Church and School in Merrill or the charity of your choice.

Esther’s family would like to thank the staff at Pinecrest Nursing home, providers and staff at Marshfield Clinic, and the caregivers with Aspirus Comfort Care and Hospice Services for the wonderful care and concern they have shown her over the years.

To order memorial trees or send flowers to the family in memory of Esther Leona Natzke, please visit our flower store.