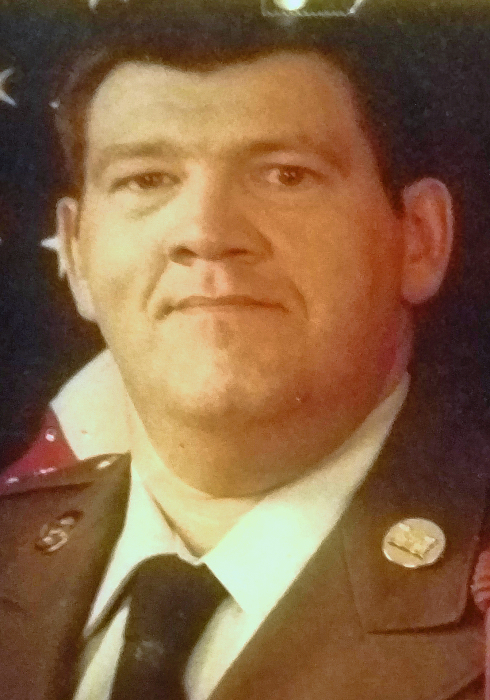 Erava “Ray” W. Karau Jr., 69, of Merrill, passed away on Wednesday, July 4, 2018 at Ascension Good Samaritan Hospital in Merill.  He was born on September 4, 1948 to the late Erava and Ruth Karau Sr. in Merrill.  Ray attended and graduated from Merrill High School, and then enrolled in the U.S. Army, and proudly served his country for the next 30 years.  He met Margaret Bauer while he was overseas in Germany, and the two exchanged wedding vows on June 8, 1971 in Germany.  She survives.  Ray most recently worked as a security guard for the Aspirus Wausau Hospital.

Ray enjoyed swimming, playing with his granddaughter or just sitting outside enjoying nature.  He was a funny man with a huge heart and would help anyone in need.  He was a member of the NRA, Merrill VFW Post # 1638 and St. Francis Catholic Church in Merrill.  Ray was a kind and loving man that will be sadly missed.

Ray is survived by his wife: Margaret Karau of Merrill, daughter: Ulrike (Pete) Dunbar of Loyal, WI, grandchildren: Alexandra (Kevin Daley) Karau , and Marcus and Jason Karau, all of Merrill, great granddaughter: Lillian.  He was preceded in death by his parents, twin brother: Barry Karau and sister: Sandy Karau.

Per Ray’s request, no services will be held.

To order memorial trees or send flowers to the family in memory of Erava "Ray" Karau Jr., please visit our flower store.