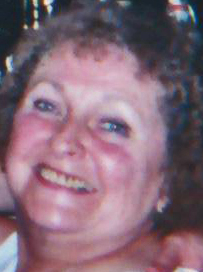 It is with great sadness that I announce the passing of my mother, Elsa M. Higgins, age 87, on August 3, 2017 at Pine Crest Nursing Home in Merrill, WI while under the care of Aspirus Comfort Care & Hospice Services. She was born March 2, 1930 in Chicago, IL to the late Erick Thorston and Helga (Bouquist) Sundell. She graduated high school in Chicago, and married Eugene D. Higgins (CPD) there on August 4, 1952. He preceded her in death on December 15, 1971.

In 1973, she moved to Merrill, WI, where she and her sisters (“Those Sundell Girls”) had spent many happy childhood summers with their maternal grandparents.

Elsa retired from working with CAP (Community Action Program), where she helped people less fortunate than herself. Previously, in Chicago, she was known by an entire generation as “The Bakery Lady,” where along with encouragement, she was known to dispense an extra cookie or two to the most needy. She was also a student supervisor at a high school in Oak Lawn IL, a position created just for her, due to her ability to relate so well with the students. Elsa was a loving woman who also worked as a foster grandparent at both the Boys’ School and Head Start. She was always helping others in need. Elsa was very much a people person, and enjoyed entertaining family and friends. She showed her love through her cooking, especially for special occasions and holidays. She is well-known for her Swedish pancakes and her Christmas Glugg. She was a kind and generous soul, always looking out for those in need, and always seeing the best in others. She is remembered as having a curious mind, always searching for knowledge. Elsa enjoyed reading, and was intrigued with learning facts about history. She will be sadly missed by all who have ever known her.

Elsa is survived by me, her only daughter, Marian (David Burnett) Higgins of College Station/Matagorda, TX; her brothers Eric (Cherie) Hysing of Merrill, WI and Edward Hysing of Costa Rica; daughter-in-law Elaine Higgins of Key Largo, FL; eight grandchildren, numerous great grandchildren, nieces, nephews, cousins, and friends. She was “Grandma Elsa” to countless others. Along with her parents and husband, she was preceded in death by all of her sons: David, Norman, Michael, and Edward (infant); her grandson, David Higgins, Jr.; all of her sisters: Esther (Kavy) Schaffer, Ellen (Petie) Lavelle, and Marie Degner; and also her special friend, Leonard Duginski.

Waid Funeral Home & Cremation Service of Merrill is assisting the family with the arrangements. Online condolences may be made at www.waidfuneral.com.

To order memorial trees or send flowers to the family in memory of Elsa Higgins, please visit our flower store.