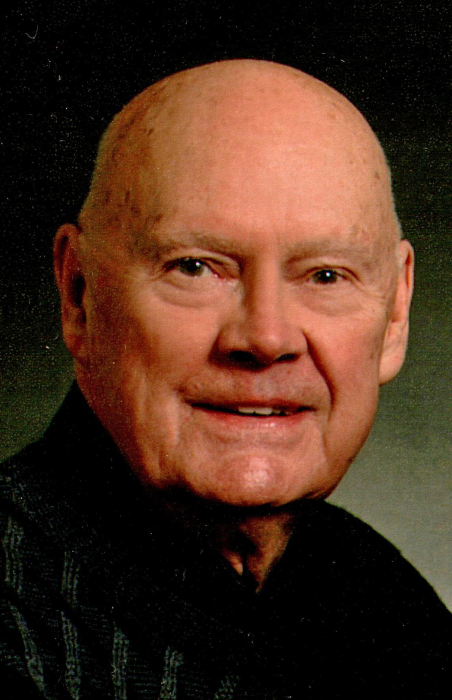 Edward “Ed” B. Slewitzke, age 85, of Merrill, passed away on Friday, July 6, 2018 at the Pine Crest Nursing Home surrounded by his loving family.  Ed was born on January 6, 1933 to the late Stephen and Cecelia (Tigges) Slewitzke in Mosinee.  He grew up in Mosinee and attended St. Paul’s Parochial Grade School and Mosinee High School, graduating in 1951.  He then attended the University of Wisconsin-Marathon Campus from 1951-1953.  The U.S. Army called him to serve as a medic with the 6th Armored Calvary in Straubing, Germany from 1953-1955.  Ed then returned to the University of Wisconsin-Madison, and graduated in 1958 with a bachelor’s degree in science.  In 1961, he received his master’s degree in Geology from the University of Kansas.  Throughout his teaching career, Ed took additional courses at the University of Berkley in California, Bemidji , Minnesota, and the University of Wisconsin-Steven’s Point and Superior.  Ed began his first career as an educator at Merrill Junior High School in 1963, and taught math and science there until his retirement in 1994.

Ed met the love of his life, Katharine “Kay” Helling in 1959, and they married on September 3, 1960, at St. Mary’s Catholic Church in Wausau.  She survives.  Together, they raised five children.

Ed had several hobbies, including hunting, fishing and especially downhill skiing.  He was a ski instructor at Rib Mountain in Wausau, and skied several areas in the United States and Europe.

A Mass of Christian Burial for Ed will be held on Saturday, July 14, 2018 at 12noon at St. Francis Xavier Catholic Church in Merrill.  Father Chris Kemp will officiate.  Visitation will be held on Saturday, July 14, 2018 from 9am until the time of Mass, also at the church.  Inurnment at the St. Francis Xavier Catholic Veteran’s Cemetery will take place at a later date.  Military honors will be performed by the Merrill V.F.W. Post #1638 at the cemetery.

In lieu of flowers, family requests that donations in Ed’s name be directed to St. Francis Xavier Catholic Church, the Merrill Food Pantry or the Merrill Lions Club.

To order memorial trees or send flowers to the family in memory of Edward Slewitzke, please visit our flower store.