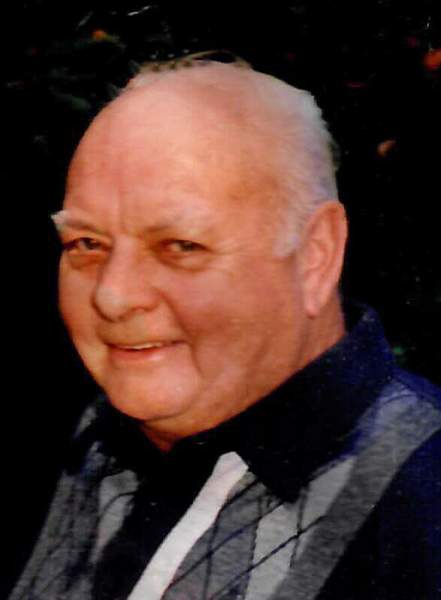 Duane Leighton Tomajcik aka “Mike” or “Tomato”, age 86, of Merrill, passed away on Tuesday, March 26, at the Aspirus Hospital in Wausau.  He was born on April 26, 1932 to the late Sylvester and Evelyn (Neumann) Tomajcik in Merrill.  Duane attended and graduated from Merrill High School – Class of 1950, and has never missed a reunion!  After high school, he was enrolled in night classes for blueprint reading.  Duane married Donna English on December 7, 1968 in Merrill.  Sadly, she preceded him in death on September 14, 2000.

Duane worked for Semling and Menke (Semco) for 46 years, many as the plant superintendent.  He enjoyed traveling to many states and countries on business trips with the company.  Duane also worked at Lincoln Grey Iron Foundry, Wisconsin Window Unit and Northern Specialty.

In his early years, Duane was a boxer.  He enjoyed playing on local pool leagues, Merrill Foxes Football, the county league hardball, fast pitch and slow pitch leagues.  Duane was an honorary life member of the Knights of Columbus Council #1133 in Merrill, as well as a member of the Social and Sick Benefit Society for over 50 years, which he served a president for many of those years.  He was also a lifelong member of the St. Francis Catholic Xavier Church in Merrill.  Duane was a kind and caring man, with a strong work ethic, which he instilled in each of his children.  He is remembered as being a role model to his family, as well as being strong-willed and tough.  Duane looked forward to going to his cabin in the town of Rock Falls, taking a ride to Audrey’s cabin, visiting at his Popcorn Club on Thursday afternoons, as well as cooking for his family and friends.  He was an avid deer hunter and fisherman, but also enjoyed gardening.  Making firewood was Duane’s favorite pastime, as well as spending time with his entire family and friends playing cards, grilling out, having a beer and enjoying nature.  He will be sadly missed by all who knew him.

A Mass of Christian Burial for Duane will be held on Monday, April 1, 2019 at 10am at St. Francis Catholic Church in Merrill.  Father Chris Kemp will officiate.  Visitation will be held on Sunday, March 31, 2019 from 4pm-8pm at Waid Funeral Home, and again on Monday, April 1, 2019 from 9am -9:45am, also at the funeral home.  There will be no visitation at the church.  Burial will take place in the St. Francis Catholic Cemetery, immediately following Mass.

The family of Duane wishes to thank the Ascension Good Samaritan Hospital in Merrill and the Aspirus Wausau Hospital, especially Dr. Assadi & his staff, Dr. Pollireddy and Dr. Blonsky at the Marshfield Clinic in Merrill and Dr. Peterson at the Aspirus Regional Cancer Center for their care and compassion shown to Duane and his family.

To order memorial trees or send flowers to the family in memory of Duane "Mike" "Tomato" Tomajcik, please visit our flower store.