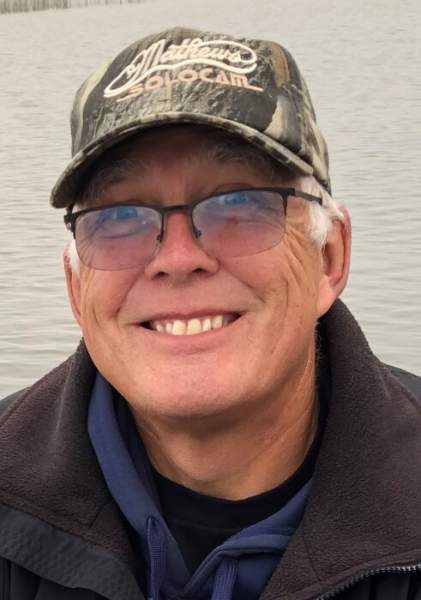 Douglas ‘Doug’ ‘Deiter’ C. Meyer, age 64, of Harshaw, formerly of Merrill, died unexpectedly on Wednesday, December 16, 2020 at the Sacred Heart Ministry Hospital in Tomahawk, WI.  He was born on April 27, 1956 to the late Donald and Marion (Duginski) Meyer in Merrill, WI, where he had been a lifelong resident until just recently.  Doug met his traveling partner and soulmate, Renee Bettin, and the two exchanged marriage vows on June 26, 1976 in Merrill at St. Robert’s Catholic Church (now St. Francis).  She survives.

Doug worked at Semco from 1974 to 1989, Ward Paper from 1989 to 1992, then Wausau Paper, until his retirement in 2013.  After his retirement, Doug enjoyed picking up some small part time jobs; as he loved to stay busy and above all else, he loved helping people.  He was an avid bowhunter and enjoyed rifle hunting deer as well.  Precious memories were made when Papa went hunting with his grandchildren and was there for Mason and McKenna’s first deer hunts.  Doug also enjoyed fishing with Renee, and the two enjoyed their trip to Cass Lake in Minnesota in September of 2020.  Doug and Renee looked forward to time spent at their cabin on Big Bearskin Lake in Harshaw, where Doug was a past vice president of the Big Bearskin Lake Association.  They cherished their time spent with family, good friends and neighbors around the campfire, enjoying a cold Miller Lite and Doug’s homemade wine.  Doug was a Green Bay Packers fan, but even more of a Milwaukee Brewers fan, and he and Renee attended many games.  He loved to travel and explore new destinations, including many trips to the Caribbean and the national parks.  Doug and his brother-in-law, Ken, would enjoy scuba diving with each other on many occasions.  Doug learned how to scuba dive in Jamaica, where he quickly became a certified and advanced diver.  He also enjoyed water skiing.  Doug had a heart of gold and would help anyone in need.  He was a very hard worker with an amazing work ethic.  Doug will be sadly missed, but never forgotten.

A private celebration of life for Doug will be held on Monday, December 21, 2020 from 3pm-5pm at Waid Funeral Home, with a service beginning at 4pm.  Pastor Ryan Hawley will offer support.  Burial of Doug’s cremated remains will take place at a later date.  In life, Doug was selfless, and even in death, he is helping people.  Because of Doug’s anatomical donations, many people will have a second chance at life.  The service will be live streamed beginning at 4pm.  It can be found under his obituary on our website.  If you are unable to attend virtually at 4pm, it will be put there at a later time as a recording.

Please wear a mask at the funeral home and social distancing will be practiced.

The family of Doug wishes to extend their sincere appreciation and thanks to the ER staff at the Sacred Heart Ministry Hospital in Tomahawk.  Their kindness and compassion were wonderful.

In lieu of flowers, donations in Doug’s name may be directed to the American Heart Association.

Enjoy a Miller Lite in honor of Doug!

To order memorial trees or send flowers to the family in memory of Douglas 'Doug' Meyer, please visit our flower store.