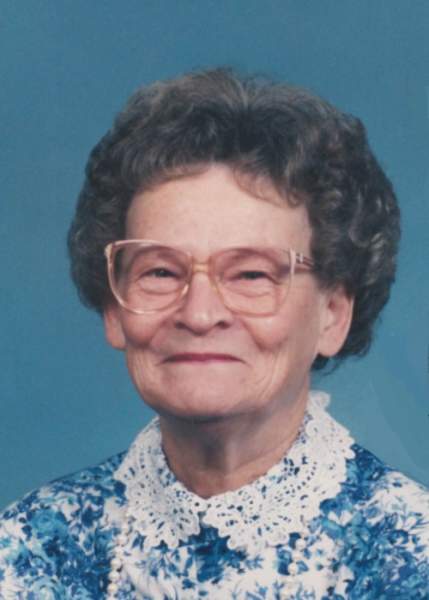 Dorothy A. Woller, age 88, of Merrill, passed away Tuesday, August 29, 2017 at Our House Assisted Living in Wausau. She was born September 27, 1928 in the township of Cassel, Marathon City, WI to the late Walter and Frances (Lindner) Ahrens. On June 3, 1950, Dorothy and Harvey Woller were united in marriage, a union that would last nearly 50 years. He preceded her in death October 22, 1998.

Dorothy was a farmer and homemaker all her life. She was a member of the Pine River Homemakers and Ladies VFW Auxiliary in Merrill. Dorothy enjoyed listening to Polka music and dancing to Polkas with her husband, Harvey. In her later years, Dorothy enjoyed playing cards and the occasional trip to the casino.

Funeral services for Dorothy will be held at 11 AM Saturday, September 9, 2017 at Trinity Lutheran Church in Merrill. Rev. Scott Gustafson will officiate. Visitation will be at the church from 9 AM until the time of service. Burial will follow in Faith Lutheran Cemetery. Dorothy's family wishes to extend their sincere appreciation and thanks to the outstanding care and support that Dorothy received from the staff at Our House Assisted Living in Wausau during the years spent there. Waid Funeral & Cremation Service is assisting the family with arrangements. Online condolences may be made at www.waidfuneral.com.

To order memorial trees or send flowers to the family in memory of Dorothy Woller, please visit our flower store.