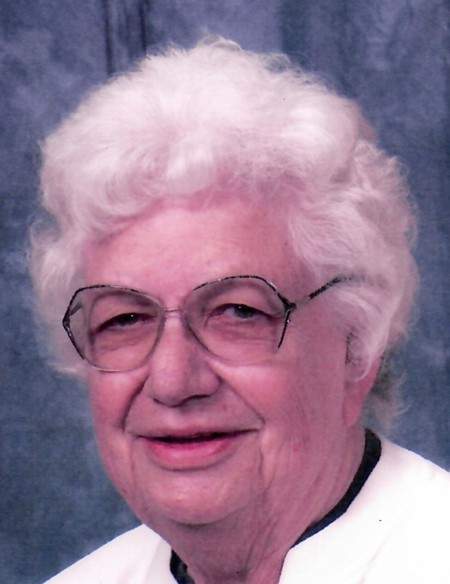 After a lifetime of giving, the good Lord called Dorothy M. Schneider home on sunny Sunday morning, November 3, 2019 at Pine Crest Nursing Home under the care of Aspirus Comfort Care and Hospice Services. She was 90 years. Dorothy was born on August 16, 1929 to the late Ernest and Adelia (Sense) Hinz in Illinois.  After moving to the Town of Scott as a child, she met and later married the love of her life, Lloyd H. Schneider on August 28, 1948.  He preceded her in death on January 2, 2019.

Dorothy worked at various jobs throughout her life including 12 years as a bookkeeper for Merrill Candy Company, cook at Arnold’s by the old high school, and frying fish at the Legion. She was involved in several organizations including: Smiling Scotties 4-H and later as leader, Homemakers Club, Sewing Club, Merrill School Board, Mothers Club, Adult Church Choir, and the Ladies Aide at St. John Ev. Lutheran Church.  Dorothy was in charge of the vegetables at the Lincoln County Fair for years. She loved knitting, crocheting, card playing, bird watching, and growing flowers.  She had a big farm garden full of veggies which she canned.  She baked the best bread and chocolate chip cookies.  After retiring from the family Guernsey farm, she baked cookies for all of Lloyd’s bus kids.  She and Lloyd also tested milk for several years. Dorothy has a wonderful collection of bird houses, cardinals, and angels.

She is preceded in death by her parents, husband: Lloyd, brother: Earl Hinz, and grandson: Dillon Cannon.

Funeral services for Dorothy will be 11 AM on Monday, November 11, 2019 at St. John Ev. Lutheran Church, Merrill.  Rev. Bless will be officiating.  Visitation will be on Sunday, November 10, 2019 from 4 PM to 7 PM at Waid Funeral Home and again from 10 AM until time of the service at church on Monday.  Burial will be in Merrill Memorial Park Cemetery.  Waid Funeral Home & Cremation Service of Merrill is assisting the family with arrangements.  Online condolences may be made at www.waidfuneral.com.

The family would like to thank Aspirus Comfort Care & Hospice Services, and all the wonderful people at Pine Crest that cared for her.

To order memorial trees or send flowers to the family in memory of Dorothy Schneider, please visit our flower store.