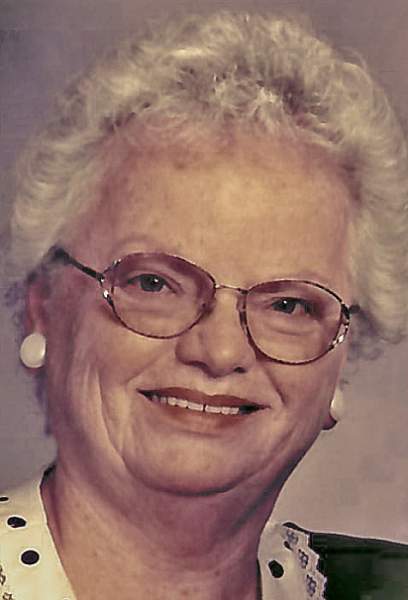 Dorothy Martha Emily Carlson, age 84, of Merrill, formerly of Homestead, WI, passed away on Friday, March 30, 2018 at Pine Crest Nursing Home in Merrill, while under the care of Ascension Home Care Hospice.  Dorothy was born on November 5, 1933 to the late Einar and Christine (Sjodin) Carlson in Hinsdale, IL.  She attended and graduated from Florence High School.  On September 5, 1953, in Florence, WI, Dorothy married her best friend, Curtis Carlson, a union lasting over 64 years.  He survives.

During her younger years, Dorothy was a stay at home mother and homemaker.  Dorothy then worked for AT&T as a long distance operator for the next 30 years, until her retirement.  Dorothy was a member of the Homestead Baptist Church where she was actively involved in the music ministry, she played the piano, organ, sang in the choir, taught Sunday School and helped with Ladies Aid. Dorothy was community minded and was involved in the Wisconsin Taxpayers Association and was the Homestead Town Clerk for several years.  Dorothy had a servant’s heart – she was always willing to help others, help with a project or give to anyone in need. Dorothy was a very gracious woman who had a strong faith, and instilled that faith in her children.  She was known for her beautiful flower beds and her homemade jams, jellies and pizzas.  Dorothy  was also a wonderful baker and always had something fresh and homemade for her family and friends.   Dorothy was an avid reader, she especially enjoyed mystery books.  She enjoyed traveling to visit her children and grandchildren and seeing the Grand Canyon.  She is remembered as a witty, open-hearted, compassionate woman who loved her family.  After moving to Merrill, Dorothy attended Bible Presbyterian Church.  She will be deeply missed.

The family wishes to thank the staff at Pine Crest Nursing Home for the loving care that they showed to Dorothy and their support and assistance that they gave to her family.

To order memorial trees or send flowers to the family in memory of Dorothy Carlson, please visit our flower store.