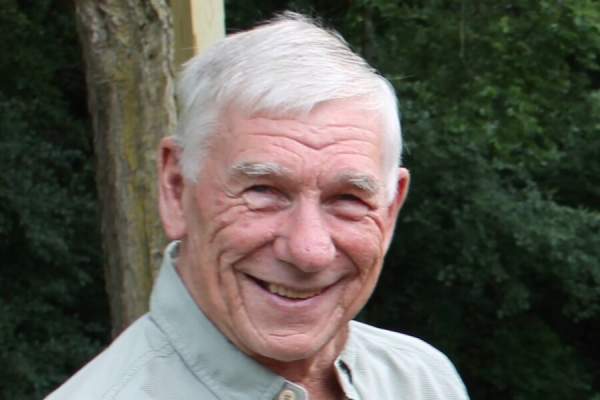 Donald August Winkelman, age 80, passed away on December 2, 2021. Don was born in Merrill to August and Martha Winkelman on October 14, 1941. He was received into God’s kindom of grace through the waters of Holy Baptism at Trinity Lutheran Church, Merrill, on November 15, 1941, attended Trinity School, and was confirmed at Trinity on April 3, 1955. He graduated from Merrill High School in 1960.  He served three years in the Army National Guard, and was called to active duty during the Berlin Crisis of 1963. Tacoma, Washington was his home until 1981 when he moved to Togiak, Alaska, where he spent 21 years. In 1993, he met the love of his life, Kathy Yahr. They were married in Eagle River, Alaska in 2000. Upon his retirement as a charter boat captain and commercial fisherman in 2002, he returned to Merrill.

Don had a unique sense of adventure and love of the outdoors. He was a life member of the National, Alaska, and Wisconsin Trapper Associations. Hunting, fishing, camping, and trapping were not hobbies: they were passions. One of his proudest accomplishments was getting his pilot’s license and acquiring a Cessna 180, which he used from 1989 until selling it in 2005. During the winter months, he put skis on the plane, and there always was a twinkle in his eye when he said, “Now the whole world is my airport.” He built a trapping cabin in the Alaskan wilderness and spent several winters there. His charterboat service, “Don’s Round Island Boat Tours,” took visitors from around the world to an island 35 miles offshore to view and photograph walrus. Upon moving back to Wisconsin, Don was active in the Lincoln County Sports Club, serving for 15 years as a board member and vice-president. He taught Hunter Safety, Trapper Education, and Archery in the Schools, and mentored many young trappers and turkey hunters. From spring to fall, he could often be found fishing, especially on the Willow Flowage. His travels across the entire country were extensive, including traveling to Maine to eat lobster to the Grand Canyon and other National Parks, western hunting trips, NASCAR races, and visiting family from Washington to Florida.

Don is survived by his wife, Kathy, his 4 children, Ken (Leah) Winkelman, Bob (Kristy) Winkelman, Jeff (Shannon) Winkelman, and Lisa Markovich; his stepdaughter, Shay (Sean) Haberberger; 14  grandchildren, 7 great grandchildren (soon to be 8), and 3 siblings, Darlene (Robert) Collings, Harlan Winkelman, and Diann (Bernie) Losengard. He was preceded in death by his parents and his brother Dennis.

A memorial service will be held at Trinity Lutheran Church in Merrill on Friday, December 10, 2021 at 11:00 am. A visitation will be held on Friday, December 10, 2021 from 10:00 am until the time of service also at the church. Memorials can be made to Trinity Lutheran Church and School, Merrill, or the Lincoln County Sports Club. The family would like to thank Aspirus Comfort and Care Hospice and Kindhearted Home Care for their loving support.

Waid Funeral Home and Cremation Service is assisting the family with arrangements. Online condolences are welcomed and may be made at www.waidfuneral.com.

To order memorial trees or send flowers to the family in memory of Donald Winkelman, please visit our flower store.