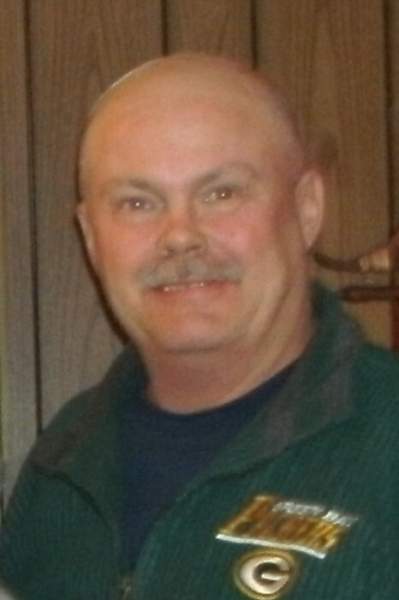 Don was born on November 24, 1961 in Wausau, WI to Martin and Dorothy (Lippe) Sparby. He received the washing of rebirth and renewal by the Holy Spirit through the sacrament of Holy Baptism in December 1961 at Immanuel Ev. Lutheran Church in Mosinee. In May of 1975 he was confirmed in his Christian faith at Immanuel. He graduated from Mosinee High School in 1979.

Don’s employment began at Marathon Cheese. He later joined forces with his father as Sparby Construction. After his father retired, he teamed up with his brother-in-law and continued in the construction business. He also performed various janitorial and security services.

Don enjoyed camping, fishing, deer hunting, pitching horseshoes, carpentry work, his grandchildren, and his one-in-a-lifetime fishing trip with his dad and brothers to the Northwest Territories. He was a happy-go-lucky guy and always put others before himself.

He was preceded in death by his parents; step-daughter, Molly Hanson; and step-great-grandson, Kolton.

Funeral services will be held at 11am on Tuesday, May 11, 2021 at Waid Funeral Home, 301 South Eagle Dr, Merrill. Rev. Andrew Ewald with officiate. Visitation will be one hour before the service, also at the funeral home.

For those unable to attend, the service will be live streamed and available for viewing under his obituary on the funeral home website.  It will begin at 11am.

To order memorial trees or send flowers to the family in memory of Donald Sparby, please visit our flower store.