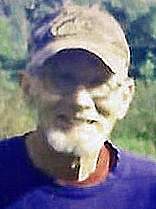 Donald worked with his boys at Maas Builders.  He especially enjoyed making picture frames.   Donald also enjoyed gardening, bowling, hunting and fishing.  He and his wife delighted in their gambling trips together, but most of all, Donald loved spending time with family, especially his grandkids and his dog Brutus.  He also enjoyed being able to help other people.  One of Donald’s greatest prides was admiring his kids and what they had accomplished in life.

Funeral services for Donald will be held Saturday, September 30, 2017 at 11am at Christ United Methodist Church.  Pastor Ho Lee will officiate.  Visitation will be from 4pm to 8pm Friday, September 29, 2017 at Waid Funeral Home, and again on Saturday from 9am to 11am at Christ United Methodist Church.  Waid Funeral Home and Cremation Service of Merrill is assisting the family with arrangements.  Online condolences may be made at www.waidfuneral.com.

To order memorial trees or send flowers to the family in memory of Donald Maas, please visit our flower store.