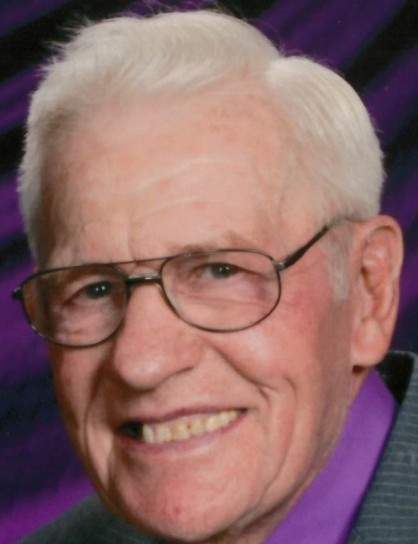 Donald “Don” H. Forster, age 83, of Merrill, passed away unexpectedly on Wednesday, December 6, 2017 at St. Clare’s Hospital in Weston, WI.  He was born on July 25, 1934 to the late Albert and Minnie (Schulte) Forster in Merrill, and attended school in Gleason.  After school, Don joined the Army National Guard in 1953 and proudly served his country from 1957-1959.  After returning from his service to the country, he met and fell in love with Mary Ann Sabatke, and the two exchanged vows on February 4, 1961 in Merrill.  She survives.

In his younger years, Don was an excellent slow pitch baseball player, enjoyed deer hunting and was an avid bowler.  He was employed at Northern Door before getting into pig and beef farming.  Don was a hard-working man that took pride in his pig farming, he thoroughly enjoyed it.  He enjoyed collecting John Deere replicas and owned a couple antique John Deere tractors.  He had a love for antique tractors and had a talent for restoring them.  Don had taken an interest in growing and selling Christmas trees, and did so for 45 years.  Above all, Don adored his family and cherished his time with his special grandchildren.  He would enjoy watching his grandchildren participate in school activities.  Don is remembered as a loving, compassionate, honest and reliable man.  He instilled a strong work ethic in his children and their families.  Later in life, Don would enjoy taking his daily walks and doing some woodworking projects.  He was a member at St. Stephen’s United Church of Christ in Merrill.

In lieu of flowers, family requests that memorials given in Don’s name be directed to the St. Stephen’s United Church of Christ church in Merrill.

To order memorial trees or send flowers to the family in memory of Donald Forster, please visit our flower store.