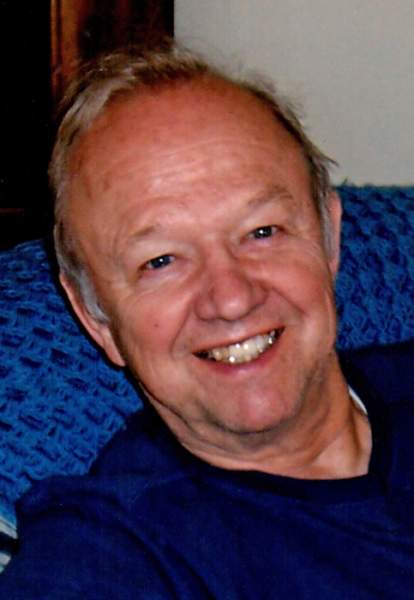 Dennis William Roberts, age 82, of Merrill, passed away on Tuesday, October 20th, 2020 at his home in Merrill.  He was born on June 22nd, 1938 to the late William L. and Mabel (Drew) Roberts in Merrill.  Denny attended and graduated from Merrill High School.  He then went on to serve his country, enlisting in the United States Navy May 13, 1957.  He was honorably discharged on January 13, 1961.  Denny met Sharon McCarty and the two exchanged marriage vows on August 4, 1962 in Merrill.  She survives.

Denny was employed at the former Foremost Foods in Rothschild, WI for over 34 years.  Most of his career was as an evaporator operator, and later worked in the warehouse.  He was also a member of the Teamster Union.  Denny looked forward to the hunting seasons, fishing outings and some relaxing RV camping with friends.  He enjoyed the family and friend get-togethers on Memorial Day and Labor Day.  Denny loved his time spent with his family, especially the grandchildren.  There would always be a Brewers game or Packer game on, whether it was the TV or radio, he rarely missed a game.  Denny is lovingly remembered as a patient man, especially while training his Sheltie dogs.  He was very handy; he could tear anything apart, fix it and somehow put it all back together.  Denny spent his downtime crafting his next wood-working creation, which he was very particular about.  He would gift some of those to family and friends.  Denny was a member at Trinity Lutheran Church in Merrill.  He had a fun sense of humor and found the strength and courage to cope with his illnesses.  Denny will be sadly missed, but never forgotten.

Denny is survived by his wife of 58 years: Sharon Roberts of Merrill, his daughters: Tracy (Nyle) Anderson of Burlington, WI, with their daughter: Amelia, Wendy (Pat) Savaske of Onalaska, WI, with their sons: Matthew and Mitchell, son: Jeffrey (Becky) Roberts of Merrill, with their daughters: Mallory and Sydney, brother: Milan (Johnnie) Roberts of Muscoda, WI, sister: Sandra (Gerald) Weber of Merrill, many nieces and nephews, and his fur-buddy: “Miley”  He was preceded in death by his parents: William and Mabel Roberts, grandson: Noak Anderson, father-in-law: William (Millie) McCarty and mother-in-law: Verna (Henry) Mohrland.

A graveside service for Denny will be held at a later date.

The family of Denny wishes to extend their thanks and appreciation to Dr. Schaller, Dr. Wyskarco and to the Ascension home health care nurse, Deb. The care and compassion shown to Denny and his family will never be forgotten.

To order memorial trees or send flowers to the family in memory of Dennis 'Denny' Roberts, please visit our flower store.