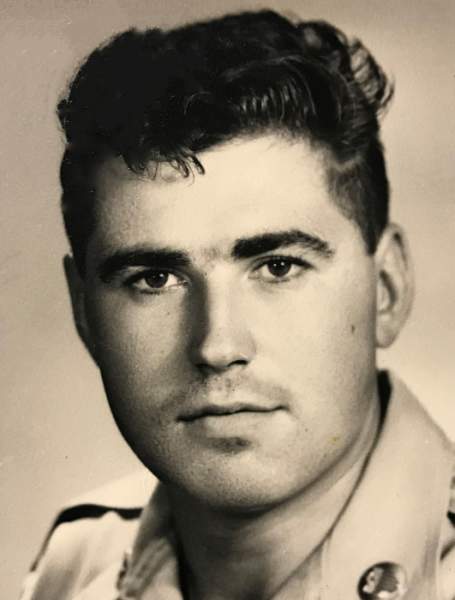 Dennis Lloyd Smith was a husband, father, grand-father, great grandfather, brother and friend.  He was taken to his heavenly home on January 20, 2021 at the age of 75 at the VA Hospital in Milwaukee.

Dennis was born to the late Hattie Parobek on September 28, 1945 in Merrill, Wisconsin.  After graduating High School in 1963, Dennis joined the Army, serving our country in the Vietnam War for 3 years.  He married the love of his life, Dawn E. Peeters in 1967 and together they had two children, Debbie and Deanna.

Dennis worked at Ward Paper Mill and owned East Side Key Service until his retirement in 1978 due to a disability, Multiple Sclerosis.

Dennis loved joking around and socializing.  He especially enjoyed his grandchildren, Dylan, Devon, Hannah and Aaron, attending their sporting events and cheering everyone on.  In his more active years, he enjoyed camping and had a permanent campsite at North Forest campground near Tomahawk.  Onlookers and friends would often see Dennis (and Dawn) riding throughout Merrill on their motorized scooters.

Dennis was a fighter to the end and will always be remembered for his positive attitude, smile and courage and will be missed by everyone who knew him.

Memorial services will be held at St. John Lutheran Church, 1104 E. 3rd St., Merrill, WI on Saturday, January 30, 2021 at 1:00 p.m. Rev. David Szeto will officiate.  Visitation will be held at the church from 11:00 a.m. until time of service with military honors following the service.

The service will be live streamed and available for viewing at 11:00 a.m. under his obituary on our website.  It will then be posted as a recording for viewing at a later time.

Social distancing will be practiced, and masks will be required.

To order memorial trees or send flowers to the family in memory of Dennis Smith, please visit our flower store.