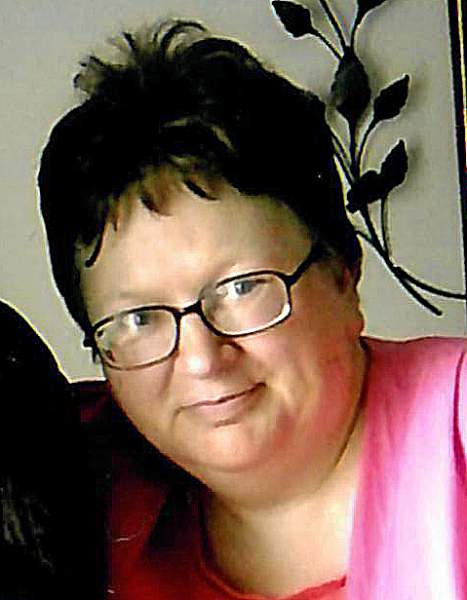 Debra “Deb” J. Gryskiewicz, age 57, of Merrill, went to be with her Lord and Savior on Friday, June 1, 2018 at Pine Crest Nursing Home, after a long battle with cancer.  She was born on January 21, 1961 to the late Erwin and Audrey (Tesch) Baumann in Merrill .  Deb grew up in the Merrill area and attended and graduated from Wausau West High School.

When she was younger, Deb was employed at various retail stores and did some housekeeping as well.  Later in life, she spent her time volunteering at many locations in the Merrill area, including Pine Crest Nursing Home and the Eagles Club.  Volunteering and supporting this community was very important to Deb.  She was also a member of the Red Hatter Society and Eagles Club.  Deb is remembered as a loving and giving person, which she demonstrated in her volunteer work.  She enjoyed attending area musicals and plays and was a very social person.  Deb was a woman of strong faith, which helped her during her battle with cancer.  She will be sadly missed by all who were touched by her kindness and love.

Deb is survived by her son: Adam (Liz) Gryskiewicz of Luxemburg, WI, along with her grandchildren: AJ and Adalyn, brothers: Erwin “Butch”, Jeff (Kathy) and Terry (Amy) Baumann, sister: Sue (John) Heckendorf, best friend: Leslie Gaughan, her special cat: “Miss Kitty” and many other loving relatives and friends.  She was preceded in death by her parents: Erwin and Audrey Baumann.

A Funeral Service for Deb will be held on Wednesday, June 6, 2018 at 12noon at Waid Funeral Home in Merrill.  The Rev. Scott Gustafson will officiate.  Visitation will be held on Wednesday, June 6, 2018 from 9am until the time of the service, also at the funeral home.  Burial will immediately follow the service at St. Paul’s Evangelical Lutheran Cemetery in the town of Berlin.

In lieu of flowers please donate to a cancer or diabetes fund.

To order memorial trees or send flowers to the family in memory of Debra Gryskiewicz, please visit our flower store.