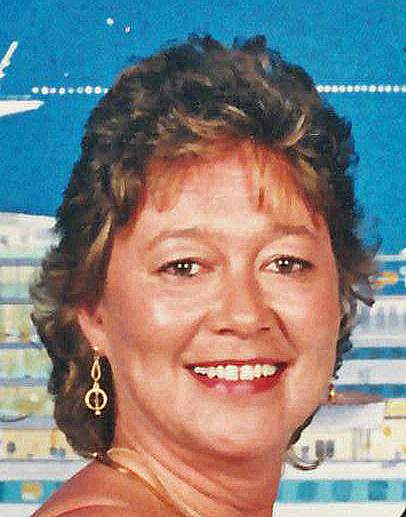 Debra “Debbie” Brandt, age 59, of Cecil, formally of Merrill, passed away on August 5, 2017, in Merrill, while surrounded by her loving family and under the care of Aspirus  Comfort Care & Hospice.  Debbie was born on March 18, 1958 to the late Werner and Rosetta (Drew) Roggenbuck in Merrill, WI.  She attended and graduated from Merrill High School.  Debbie married Carl E. Brandt on April 8, 1983, in Merrill, WI.  He preceded her in death on July 26, 1998.

Debbie owned and operated Biff’s Big Eddy and Carl and Deb’s Liquor, both in Merrill, and was a beverage manager at the Plaza Hotel in Wausau.  She enjoyed spending time volunteering with developmentally disabled adults in Cecil, WI.  Debbie would take them on outings and do special events with them.  Debbie and Carl would donate to and support Whitetails Unlimited.  Debbie lived life to the fullest; she took many trips, from going to Vegas for pool tournaments to sight-seeing in Europe to cruising the Caribbean.  Locally, Debbie enjoyed playing golf at the Merrill Golf Club, snowmobiling and shooting pool with her league.  She also loved to boat on Burrows Lake, along with Sherwood Forest and Horsehead Lake.  Debbie cherished her children and grandchildren – she loved them dearly. She loved being around her family and friends, whether it was cooking for a dinner party or entertaining family and friends – she was the life of the party.  Debbie was an amazing cook.  She was an easy woman to be around; she was a jokster and very out-going.  Family and friends describe Debbie as a fun-loving, social butterfly.  Debbie loved her animals, especially all of her kitties.  She would enjoy feeding her birds from the feeders, along with raccoons, chipmunks and squirrels; she always made sure they had food!  When she was relaxing at home, Debbie could be found taking in episodes of her favorite shows, The Golden Girls, NCIS and The Nanny.  Debbie took a lot of pride in herself and her appearance.  She will be sadly missed by her dear family and friends.

Per Debbie’s wishes, no services will be held.  Donations may be made in Debbie’s name to the
Lincoln County Humane Society.  Waid Funeral Home & Cremation Service of Merrill is assisting the family with arrangements.  Online condolences may be made at www.waidfuneral.com.

To order memorial trees or send flowers to the family in memory of Debra Brandt, please visit our flower store.