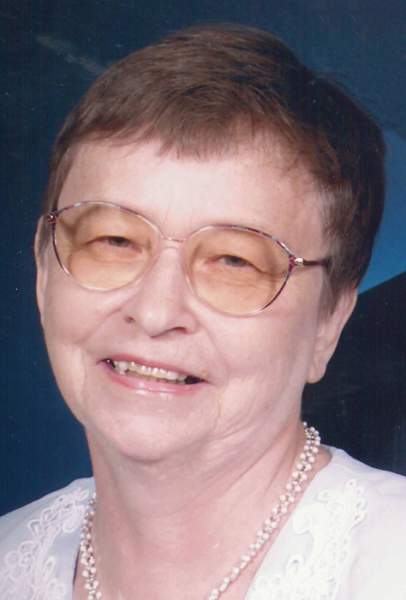 Darlene Kay Bettin, age 80, of Merrill, passed away peacefully in her sleep on Saturday, November 10, 2018 at her home.  She was the daughter to the late Ernest and Lydia (Matejcek) Wirth and was born on December 13, 1937 on her grandparents farm near Monowi, Nebraska.  Darlene graduated from Niobrana Nebraska High School in 1955, attended Wayne State Teachers College in Nebraska, and taught in a Nebraska County school at the age of 17.  In July 1956, she boarded a train in Sioux City, Iowa, and made her way to Washington D.C., where she worked for the U.S. Government Navy Department from 1956-1958.  Darlene met her husband, Richard Bettin, on a blind date in Washington D.C., and were married on May 21, 1957 in Washington D.C.  Richard survives.  In August 1958, they moved to Wausau, where she worked for the Stenberg Insurance Agency from 1961 to 1968, and for the Wausau Insurance Company in Milwaukee and Wausau from 1968, until her retirement in 1995.  Darlene enjoyed oil painting, sewing, quilting and playing the piano.  She will be lovingly remembered and missed.

Darlene’s request is to have a private family gathering at a later date.

“For like the breeze, my spirit is now free to fly to the angels.”

Memorials may be directed in Darlene’s name to either St. Stephen’s United Church of Christ in Merrill or the Lincoln County Humane Society.

To order memorial trees or send flowers to the family in memory of Darlene Bettin, please visit our flower store.