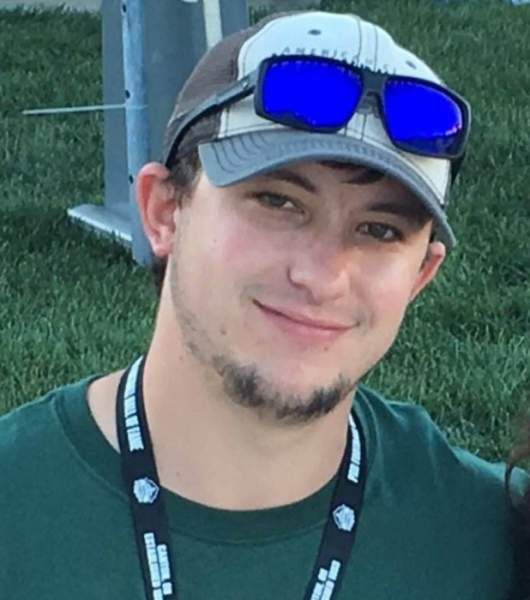 Dalton Jay Hipke, age 29, passed away unexpectedly on Friday, January 3, 2020. He was born on January 23, 1990 to Jon and Bobbie (Warichak) Hipke in Waukesha, WI. Dalton graduated from New Berlin West High School and furthered his education at WCTC.

Dalton was employed as a Production Tech at the Harley-Davidson plant in Tomahawk for over 7 years. Dalton was a sports fanatic. He loved getting together with friends for Packer games and Fantasy Football every year. March Madness was something he always looked forward to with bracket in hand. Summers in Wisconsin meant golf, camping, and Brewers Baseball. Dalton's passion for golf went as far as creating and playing in a golf tournament with his uncle Kenny and cousin Gage called The Greater Wisconsin Open. Dalton always looked forward to the opening weekend of deer hunting which meant getting together with his friends, family, and cousin Tanner Weston. Dalton especially enjoyed bow hunting with his Dad. Dalton also spent a week every year with his Lake Arrowhead family which meant more golf, tubing, knee boarding, bags & camping. The Arrowhead family loved him as their own. Dalton enjoyed family trips across the U.S. with his Mom and Step-Dad, especially those that included golf in the Arizona desert as well as multiple Canadian fishing trips with his Step-Dad, Uncles, and Cousins. Dalton enjoyed gaming with his brother Justus, and singing along to Blink-182 with his sisters Taylor, Jamie, & Amanda.

A Celebration of Dalton’s life will be held on Saturday, January 18, 2020 from 12pm-3pm at Wales-Genesee Lions Club, S42W31400 Hwy-83, Genesee Depot, WI. Lunch will be served and casual dress is encouraged.

To order memorial trees or send flowers to the family in memory of Dalton Hipke, please visit our flower store.